This last task might seem a little long, but we cover a lot of ground about a very important and helpful topic: Paying for your funeral in advance to take the financial burden off your family, save money in the long run, and provide the exact funeral you want. 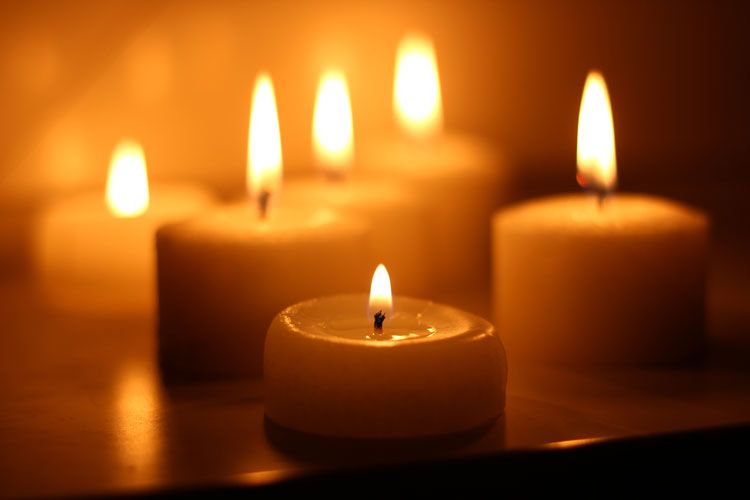 The goal for pre-paying is to have an ironclad plan in place, and eliminate the confusion that often comes with planning a funeral, as well as providing a thoughtful gesture from the great beyond. To help you wrap your head around the ways in which to pay, we’re going to focus on the following five options and what each has to offer:

In case you’re not well versed in funeral-speak, Pre-need is when you create a plan and payment method with a funeral home when you’re still alive; At-need is when your family plans and pays for your funeral when you’re already gone. One thing to note about payment: You need to pay for a funeral upfront, which has become standard to prevent people from skipping out on the bill.

Without getting too official or formal, you could leave money, like in a bank account (or envelope), and tell your family to use it for your funeral. Seems simple enough? It won’t be if they don’t have access to your bank account. Unfortunately, after a death it’s common for all accounts to be frozen until the estate clears probate, and funerals don’t wait that long. This would mean someone would have to front the money and be reimbursed from your estate later.

If the money is accessible, are you completely sure it would be used for your funeral? What if it’s not enough? What if the person tasked with the arrangements isn’t financially responsible, and uses the money on a car payment in lieu of giving you the proper funeral you deserve? This is why you might want some more protection.

Here’s how this method works: You find a funeral home you like, work out the price, and cut them a check. Seems like a wise and simple option, but it also lacks protection.

What if you never share the details and paperwork with your family and they pay for a funeral all on their own? What if the funeral home goes out of business? What if they say it’s not enough and your family has to pay the balance?

Some states might not allow this method of payment or have strict regulations in place to prevent fraud. If you’re putting money down check online to see if the funeral home is in good standing, do they have general positive feedback, and do you trust them. If you have any concerns, ask them the questions we include in this article at the FTC’s Funeral Rule.

Funeral Insurance (a.k.a. Pre-need Insurance) is a different type of insurance than all the others you may already have because it’s not a matter of “if,” it’s a matter of “when.”

The reason you buy Funeral Insurance is to make sure the money you put down will always be waiting to cover the cost of your funeral. Generally, it’s purchased at the funeral home — many homes have an insurance counselor, who’s also a licensed agent, to help you get it into place. After you plan out the specific details of the funeral, instead of paying the funeral home directly, you pay the same price for the policy, which also locks in those rates. If your funeral costs $6,000 today and the same one costs $7,000 years from now when you pass, your family won’t be charged the difference.

When death occurs, your family doesn’t have to do anything since the insurance company pays the funeral home directly, often within a day or two. If something doesn’t go as planned, like the funeral home tries to change the terms, your family can contact the insurance company for assistance. If the funeral home you created the policy with goes out of business, or you move and want to choose another home, you can transfer the policy. The only reason a policy wouldn’t make sense is if you opt for a direct cremation with no service or memorial, or if your body will be donated. To put it bluntly: If you’re not having a funeral you don’t need insurance for it.

You’ve probably seen commercials about this when watching late night TV mainly because it’s for people who can no longer qualify for Life Insurance.

As we age, or deal with complicated medical issues, we’re often priced out of the insurance market. This is a way to leave your family some extra cash to deal with the things they probably won’t want to pay for on their own. The payout from a Final Expense policy is given to the person you name as the beneficiary and can be used for anything, but it's supposed to be put towards funeral expenses or other things to help wind down your estate (like medical bills or outstanding debts). It seems like Funeral Insurance but there are some big differences:

While it might not seem as plush as Funeral Insurance, it’s like leaving a decent-sized tip to take care of the expenses that creep up on your family at the end.

Method 5: Use A Trust

We already covered Trusts in a separate task but we didn’t mention funerals. Now we do.

When you set up a Trust you can name anyone as a beneficiary. In this case, it can be a funeral home. You stipulate the costs of the funeral should be paid to whoever renders the service — all the better if you know which funeral home you’d like to use — and the trustees can authorize payment. It won’t lock in the price ahead of time like Funeral Insurance, but the money is waiting there safely until it’s needed.

For a less complicated method, you can get a Totten Trust, also known as a Payable On Death (POD) account. You fill out paperwork at your bank, name a beneficiary, and that person receives the funds without having to go through the courts. You can make it clear to the beneficiary that the funds should be used to pay for funeral expenses, however, you gotta have faith that they’ll do what you want since the money is now theirs to do with as they please.

Aside from Trusts, there are other methods to fund a funeral. You can talk to your local Medicaid office to find out if you qualify for benefits. And if you served in the military contact a benefits administrator because you may be due a free funeral and burial.

If you decide to pay for your funeral in advance please share the arrangements you've made with your family so your thoughtful planning, and any money you already spent, doesn’t go to waste. Tell them the name of the funeral home, the funeral director you've worked with, and where the paperwork is located (receipts, bill of sale, policy details, agreement with the home). There’s a section in the Everplan where you can store and share these details so they’re available when they’re needed, which we hope is a long time from now.