Does It Even Matter If Prince Had A Will?

The shocking and sudden loss of music royalty has people wondering what will become of his multi-million dollar estate. 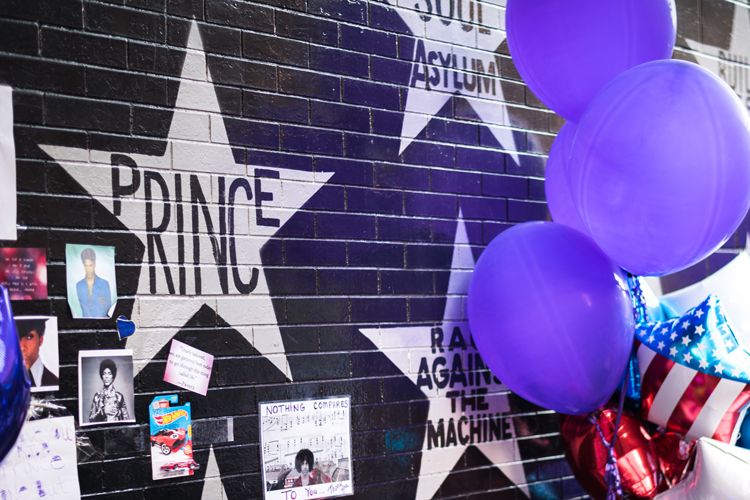 Prince, who died in his Paisley Park studio in Minnesota at the age of 57 on April 21, 2016, let his music do the talking and only revealed what he wanted to the world. “The Artist Formerly Known As” rarely gave interviews and often battled studios and online piracy to protect his music and make sure he got paid for what he created.

His estate has been estimated at $300 million, but it’s typical for the estate of iconic musicians and artists to thrive after their death and for many years to come. Billboard reports that Prince has already sold an estimated 3.5 million albums and songs since his death. (According to Forbes, Elvis Presley made $55 million in 2015… and he died in 1977.)

Most late performers’ estates that pull in a steady stream of income are typically left to spouses and/or children. If they’re unmarried or the children are too young, Trusts are established until they’re old enough to take control. While Probate laws vary from state to state, if the person didn’t have children, the estate often goes to siblings, parents, or other living family members.

Did Prince Have A Will?

There’s been speculation as to whether Prince had a Will. He didn’t according to his sister Tyka Nelson, who filed court documents stating:

"I do not know of the existence of a Will and have no reason to believe that the Decedent executed testamentary documents in any form."

This is a bit surprising when you examine what we knew of Prince's career.

When it came to his image, he maintained a level of privacy and mystery unheard of in the social media era. He granted occasional interviews, and stories about him would surface from time-to-time, but it always made him even cooler and never overshadowed his music.

When it came to business, he often took matters into his own hands. The reason he changed his name to an unpronounceable symbol wasn’t because he was being an artistic weirdo. It stemmed from a contract dispute with Warner Bros records; when the contract expired in 2000, he went back to using his own name and remained independent. He would sue to have his music removed from online videos and services if he wasn’t being paid proper royalties.

Judging by how meticulously he crafted his career and image, how couldn't he have had some sort of estate plan in place? He knew the value of his music, and he knew what would happened if he didn’t protect it. However, since his death TMZ reported that his business affairs might not have been stable; his “empire lacked control before his death, and now his relatives and lawyers are left scrambling to pick up the pieces.” TMZ also said that he’d switch up his “team of advisers, especially if he didn't like what they had to say.”

Since he lived so privately, was twice-divorced, and didn’t have any children of his own (he’s survived only by his sister and 5 half-siblings), there’s a chance we may never know the full extent of his estate. Even if it turns out he did have a Will, it might not reveal anything other than who he put in charge of his estate. It could be his sister, a foundation, a business manager, or someone who’s yet to enter the picture. As for the actual assets, if he kept them in a Trust, or if they were put into a Trust upon his death, then they’ll remain secret unless a Trustee wants to reveal the contents.

However, let’s say Prince, with no spouse or children, decided he didn’t care what happened to his assets after he died. What if his sister is correct and he didn’t have a Will?

When A Person Dies Without A Will

Dying without a Will has a fancy name: Intestate. Depending on where you lived when you died, if there’s no Will, it’s up to the court to decide who is in charge of the estate and how it gets divided. Typically, it’s almost always blood relatives, no matter how distant they may be.

The primary purpose of Probate is to validate a Will, giving the Executor — the person tasked with carrying out the Will — the ability to start dividing assets, paying off debts, and winding down the estate. If there's no Will, the Probate court must decide how the assets are divided and names an Executor to make sure it gets done. When things are in order, Probate can take a few weeks. When things are in disarray, it can take years.

This might not come as a surprise, but people get crazy when large sums of money are involved. If Prince didn't have a Will, the fight over his current millions (and the millions to come from future royalty and licensing deals) can get extremely ugly.

Without delving into Minnesota law, it appears his sister and half-siblings are the only heirs. This doesn’t mean it would end there. Legal and financial professionals who manage the estate could also be involved. There could be creditors who are owed debts, pending lawsuits, contracts to sort through, and others coming out of the woodwork looking to cash in on his estate, as well as people claiming to be his long lost child. (There's already reports of a love child from the 80s possibly receiving his entire estate, as well as 700 others claiming to be his sibling, but they'd all need to get a court to authorize the medical examiner to release a blood sample since he was cremated after a private memorial service.) These are only a few scenarios; in actuality it could be a complete free-for-all, which the courts will have to sort through to complete the Probate process. To make sure his assets are kept safe, including the many unreleased songs he kept locked in a vault, a St. Paul-based Bremer Trust has been named as special administrator. Reports of acrimony among family members are also starting to surface.

Even if he did have a Will, it would still be a very complicate process and most likely face legal challenges (repeat: money makes people crazy). But at least a Will would have offered some guidance and structure as to how he would want his estate distributed and managed.

Celebrity Sidenote: When Fast & Furious actor Paul Walker died in a car accident, he was commended for having a Will that provided for his daughter. While his death was a complete shock, that fact that he’d done estate planning shouldn’t have been. Once a person has something to protect, the only reasonable thing to do is to get an estate plan in order in case something happens.

You Don’t Have To Be Rich To Need A Will

When a celebrity dies — and 2016 has already seen its fair share of high profile loss — it brings estate planning to the forefront, often centering on massive amounts of wealth and lengthy court battles among surviving heirs.

It captures our attention on an entertainment level but doesn’t really hit home on a personal level. It doesn’t make people rush out to an estate attorney to get a Will, Power Of Attorney, and Living Trust in place. While you might not have the money of a celebrity, it doesn’t make estate planning any less vital for you than it would for them. The main difference is they often have a team of people helping them, while you might have to motivate yourself to get it done.

Regardless of what you think about your estate, you definitely have something worth protecting. If you have children under 18, or take care of a special needs adult, your Will is where you name a guardian. From a financial perspective, apart from bank and investment accounts, you probably have a house and at least one car. Maybe a Life Insurance policy or other source of income payment that would help your family upon death. There’s also jewelry, artwork, baseball card collections, or other valuables. Perhaps a record collection you’d like to be passed on to a grandchild or donated to a local library.

You have all this stuff in your life and it has to go somewhere. A Will makes sure it gets to the right place. Do you get along perfectly with everyone in your family? Would you rather all your money and assets go to a charitable organization as opposed to a relative you don’t feel deserves it? Is there one child you feel deserves more and another that should be excluded from your estate? These are the decisions you have to make or else the courts will make them for you. Granted, you won’t be around when it happens, but this is how you’ll be remembered.

In the aftermath of Prince’s passing, the Internet has been flooded with celebrations of his life and speculation surrounding his death. There are personal stories from those who knew him, rare videos surfacing, and the media continues to dig into salacious tidbits regarding the cause of death and the ensuing battle over his estate. But as far his legacy, Prince was clear on what he wanted to be remembered for when he was interviewed by Oprah: “The music.”

In that regard, he’s got nothing to worry about.