Who Wants To Be A Mummy? (Pets Included)

Something to, umm, wrap your head around. 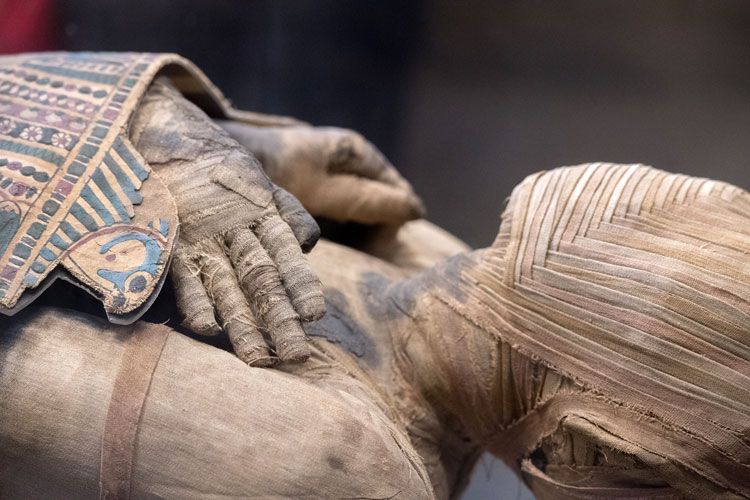 Mummification went out of fashion centuries ago, along with hieroglyphs and plagues of locusts. The ancient burial ritual is now just a fascination for history nerds — and one religion known as Summum. Followers of this faith are now offering to make you into a mummy for a cool $67,000.

Summum is a relatively new religion. As Atlas Obscura explains, a man named Claude Nowell created it in 1975 after he claims he was visited by advanced beings. Eager to share the knowledge they imparted, he changed his name to Corky Ra and constructed an orange pyramid in Salt Lake City, Utah. 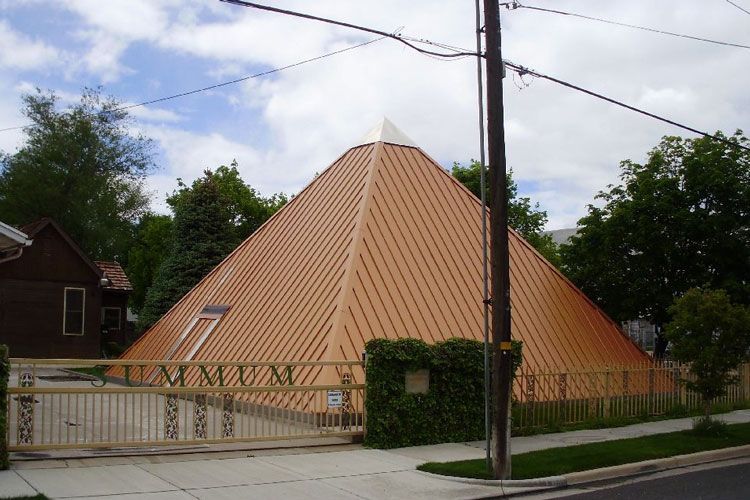 The pyramid is now the central hub for all Summum teachings. Nowell and his disciples believe human consciousness survives even after death, making traditional burials and cremations less than ideal options for lingering “essences.” In order to keep those essences safe and mobile, Summum leaders are offering to mummify corpses, both human and animal.

You’re probably wondering how this all works. In the Summum version, mummification starts with a basic bathing of the body. The organs are removed, cleansed, and returned. Next comes a full body immersion in mystery preservatives. Once that’s complete, the body is wrapped in a cotton gauze and piled with layers of resin and fiberglass. This is all just preparation for the sarcophagus, which Summum devotees call a “Mummiform.” According to the official Summum site, the Mummiform is cast in the metal of your choice (bronze, stainless steel, gold) and can be decorated with gold, ceramics, and/or jewels. You’ll also get a molded “life mask,” just like a real Egyptian pharaoh.

This complicated, mystical process is unsurprisingly pricey. A basic human mummification costs $67,000, although it can easily exceed that depending on your requests. Pets are cheaper; a small cat or dog mummification goes for $4,000. But if you’re interested in mummifying a Doberman, you could rack up a $100,000 bill.

Summum believers aren’t the only ones reviving mummies in modern times. Scientists have attempted to replicate the ancient Egyptian methods on cadavers in a few recent experiments. A team of anthropologists mummified two human legs in a study published in The Anatomical Record in 2015. They were met with some degree of success, although the process took much longer than the Egyptians claimed (seven months vs. two) and the team noted that previous experiments with animals were more successful.

The Discovery Channel show Curiosity also attempted to mummify a corpse donated to science in the 2012 episode “I Was Mummified.” Here’s a mildly graphic clip of the scientists strategizing on organ removal (WARNING: If you’re easily grossed out, don’t watch the video):

Mummification stills remains a retro oddity for most. But if you’re interested in a burial befitting Cleopatra, and have the money, you can now begin planning your epic funeral.