This Site Answers The Most Important Movie & TV Question: Does The Dog Die? 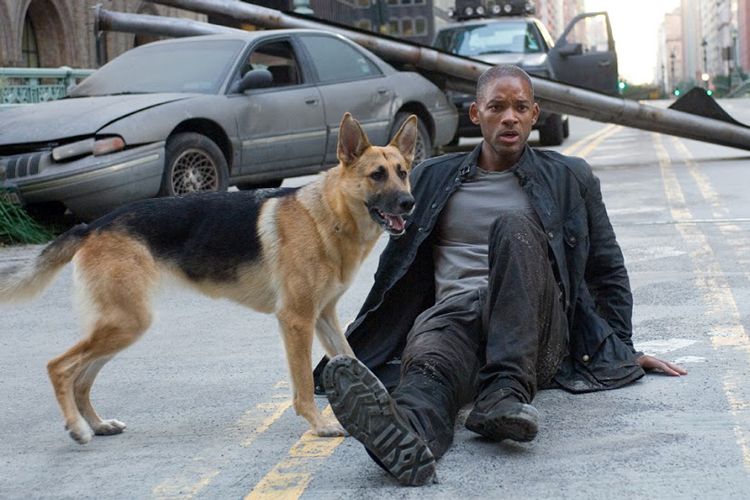 Have you ever started a movie happy and finished it totally depressed because the dog died at the end? Well, the geniuses over at DoesTheDogDie.com have found the solution for this typical first-world problem by letting you know exactly what to expect the next time you watch a pet-inspired film.

Just search for the movie and voila! You can see the fate of the dog (or other animal), as well as exactly what led to its downfall or triumph. We picked six of the most uplifting, hilarious, or downright depressing animal endings you can find on this site. Warning: There are some spoilers (obviously) and a bunch of adorable doggy gifs.

Hurray! You can stand at ease because the war veteran lives. [Source: MGM - Warner Bros/IGN]

“An octopus, a cockatoo, an iguana, a burro, several pigs and some doves all appear in the film; none are harmed. A few animated chickens are shot in a video game sequence at the end of the movie, but we're not counting them.” -DoesTheDogDie.com [Source: Sony Pictures/Sporatic Chronicles of Beginner Blogger]

You spent the whole movie rooting for the fiesty yellow lab and his destructive hijinx. Then he has to go and get sick and...<sob>… we don't even want to think about it. [Source: 20th Century Fox/ Cumuloquoise Blog]

The loyal and heroic pet turned vampire-zombie-monster dying is one of the most random and extremely upsetting moments in post-apocalypse movie history. [Source: 20th Century Fox]

Don’t lie. You cried when Paul Walker wanted to go back for his furry friends but knew he couldn’t. It also goes without saying that the arctic conditions didn't bode well for some of the pups. [Source: Buena Vista/Giphy]

When Travis shoots Old Yeller he might as well be shooting us in the heart. But we've found a silver lining to one of the most depressing endings in film history: Our pets are always up-to-date on their rabies shots. [Source: Disney/E Online]

Related: The 10 Biggest Inheritances Ever Left to Pets | How To Make Sure Your Pets Are Taken Care Of After You’re Gone