Technology And Gadgets That Tell You When You'll Die 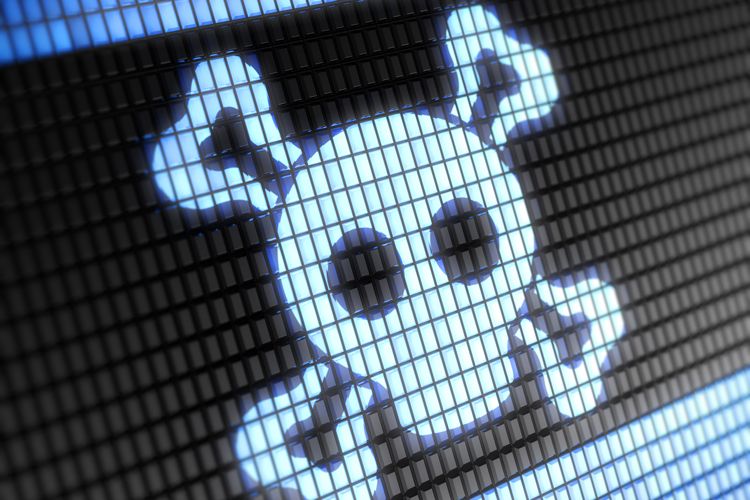 New tech, data gathering methods, and gadgets are making it easier (and scarier) to know exactly when and how you’re life ends. 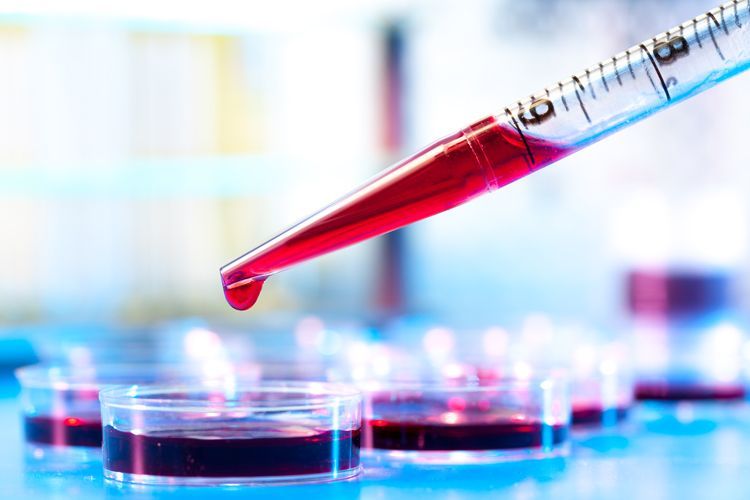 “Death Test” sounds like a horror movie, but this is real. Scientists can examine your blood and look for certain “biomarkers” to determine the likelihood of death within five years of taking the test. They’re still tinkering with it, but the science is promising, and soon it could be used to identify early warning signs in normally healthy people. [Source: The Telegraph] 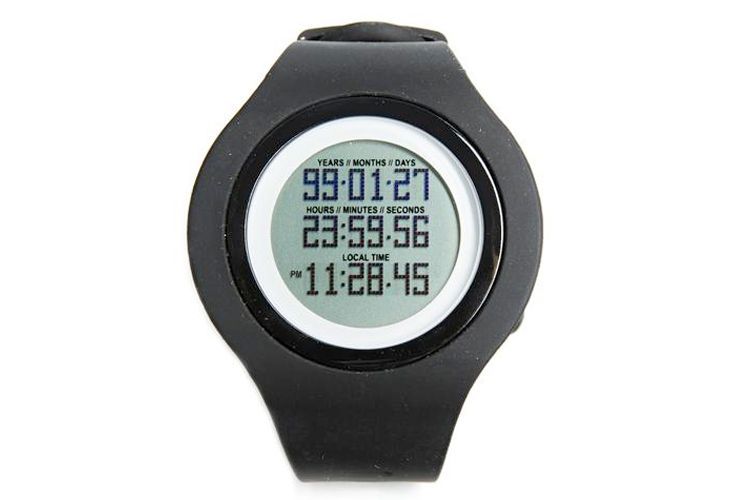 Want to ruin everything? Wear the Tikker Watch ($69) which counts down the date of your estimated death. (Then stare at it while you watch the Bachelorette finale and wonder, “What am I doing with my life?”) [My Tikker] 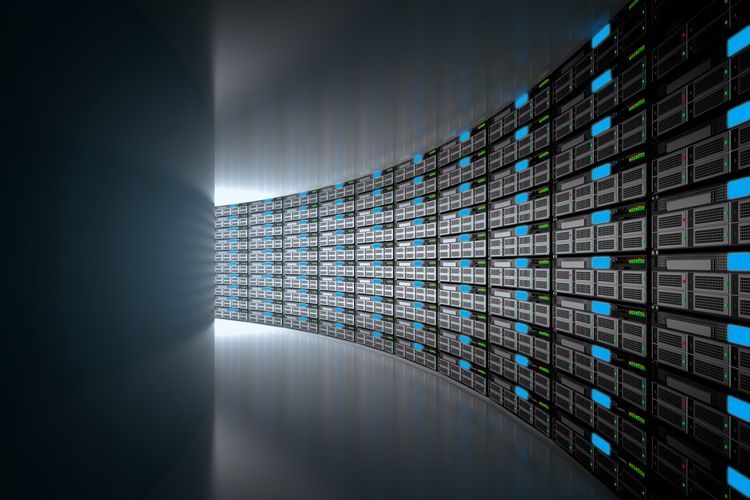 Computers will one day control us all (if they don’t already), but a new supercomputer developed at Boston’s Beth Israel Deaconess Medical Center can accurately predict if you’ll make it out of the hospital alive. “We can predict with almost 96% confidence that these patients will have a certain probability of dying – so, if the computer says you’re gonna die, you’re probably going to die in the next 30 days,” said project leader Dr. Steven Horng. [Source: Futurism] 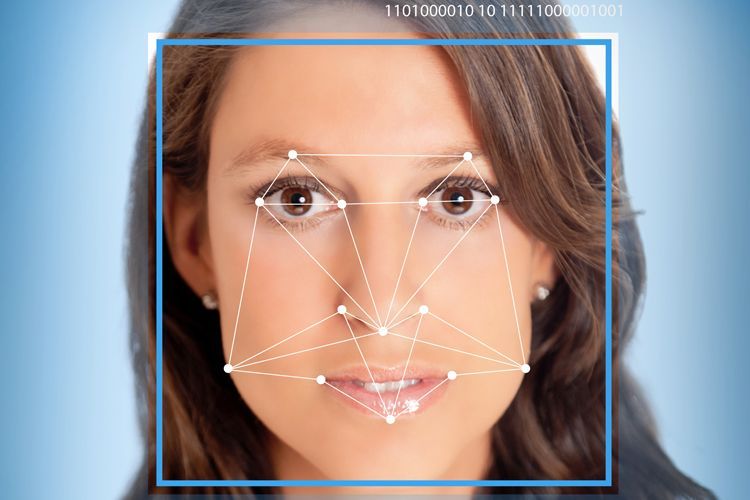 We’ve seen the apps and filters that show us what we’ll look like when we’re old, but using similar technology, the Face My Age company is planning to predict not only how you’ll look as you age, but how and when you’ll die. As of now, the company is collecting data and photos to fine tune the prediction software, but the goal is to be able to tell when you’ll die just by taking a few selfies. [Source: Most Ep!c Stuff] 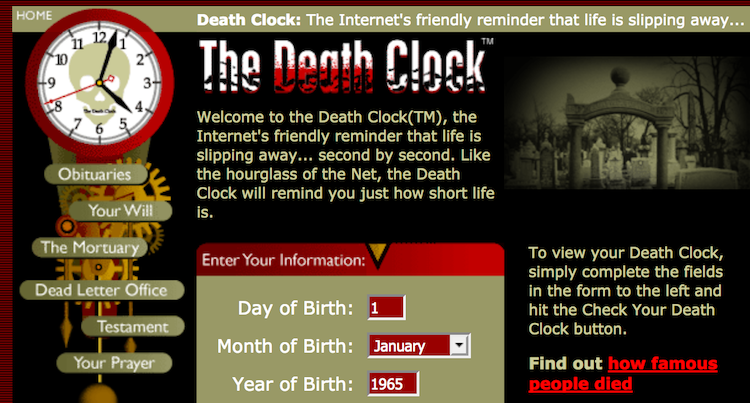 This clunky website looks like a joke, but after entering your information (height/weight/personality) and being told exactly what day you’ll die, suddenly the poorly designed site becomes deadly serious. It’s probably unscientific… right? Right? Better enter our information one more time to make sure it got everything correct. [Source: Death Clock]

How Will You Die? 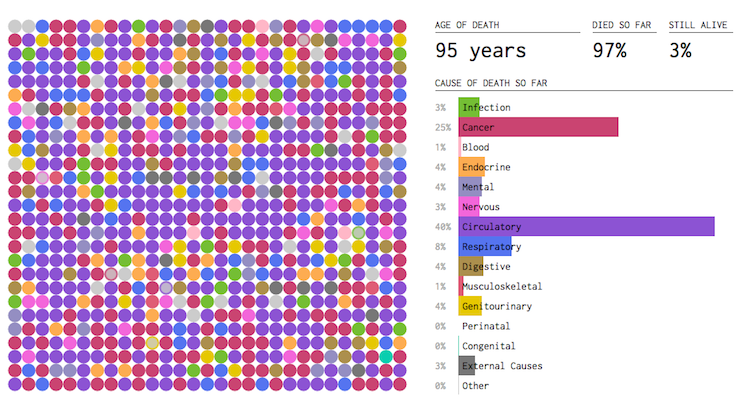 Knowing when you’ll die is bad enough, but if you know how you’ll die, could you prevent it? This ever-flowing chart from FlowingData shows the most likely cause of death for people of your race and age as they get older. Watch and see what kills the most people when they're young and when they get older. (Spoiler Alert: Circulatory problems are always a brutal reality.)

In another fun chart from FlowingData, you can view the probabilities of death as represented by a bouncing ball, with data collected from the Social Security Administration. The upbeat, fun website makes the thought of your last remaining minutes on the planet a little more whimsical. See if you’ll make it to 2018! 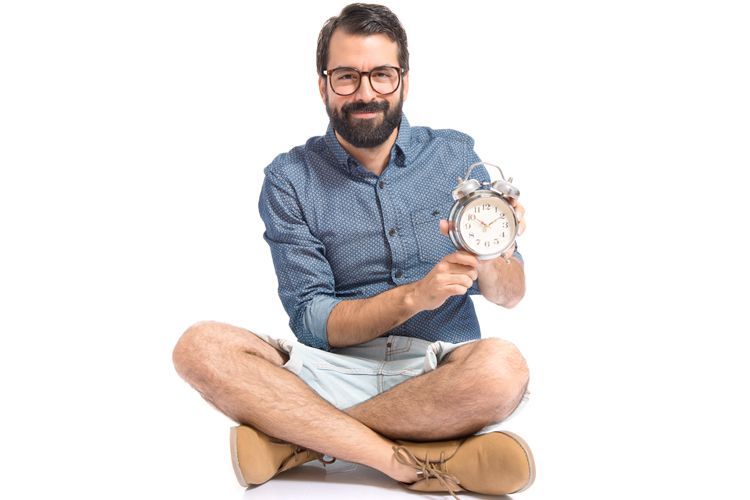 It doesn’t require a fancy watch or calculator, you don’t need to give any blood and you can do it anywhere. The SRT (Sitting Rising Test) was developed by Brazilian physician Claudio Gil Araujo, who believes longevity can be calculated by simply examining a person as they sit on, and then rise from, the ground. The test looks for key points of movement and flexibility, and supposedly, those who score poorly on the test are more likely to die within the next six years. The chart on this site (link below) shows how to perform the test at home, as well as how to score yourself. [Source: Discovery Magazine] 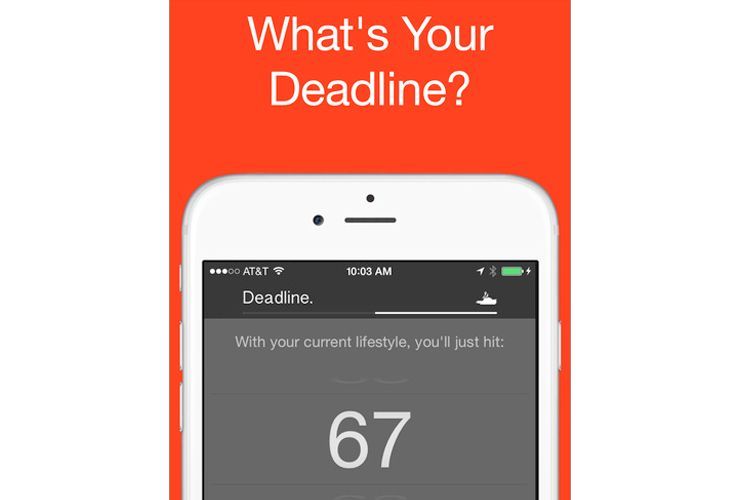 There are tons of smartphone apps — like Death Caculator and Deadline — that claim to predict your date of death, but most are pranks. Even if results are barely scientific, it’s still fun to tell everyone at a party what day they will die. But if you happen to live past your offered death date, don’t assume you’re immortal and start to tease mere mortals. That’s just rude.