If you ever donated blood, you probably got a sincere thank you from the staff and a giant chocolate-chip cookie. The blood banks in Sweden do things a little differently. 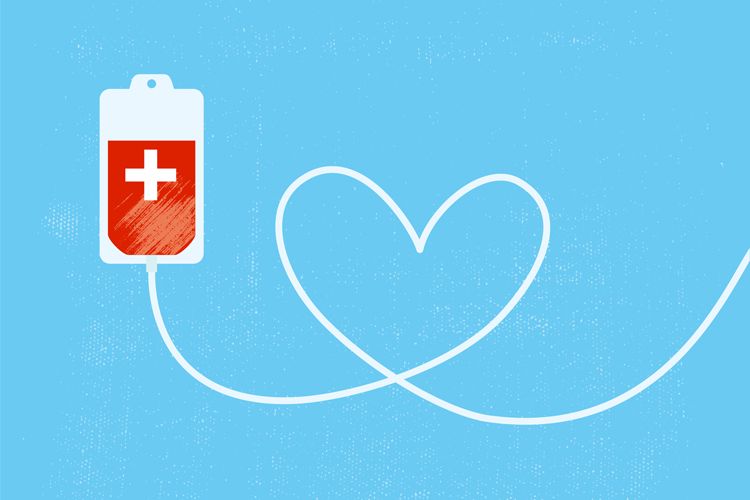 To show donors gratitude long after they leave the center, the Swedish blood service sends them a text whenever their blood is being used on a patient. 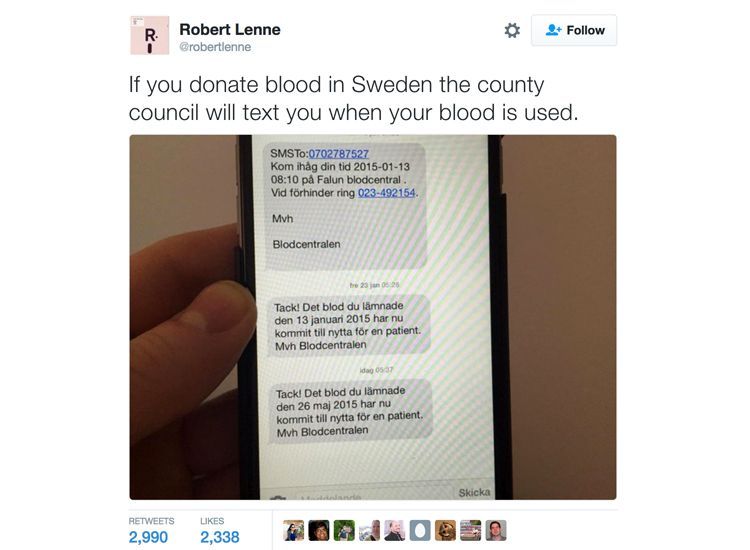 This program began in Stockholm four years ago, but it only recently got mainstream attention thanks to its growing popularity on social media. As the tweets and Instagrams reveal, each Swedish blood donor receives a thank you text message immediately after he or she gives blood. But the donor will also receive a text whenever that blood is put to use. The message roughly translates to, “Thank you, the blood you gave is now benefitting a patient. Regards, Blood Centre.” 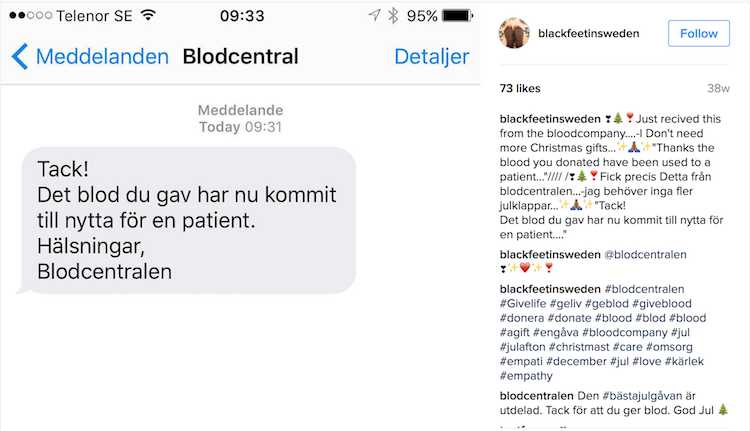 The communications manager for Blodcentralen Stockholm told The Independent that the initiative was meant to emphasize donors’ importance — and, presumably, encourage them to come back and give more.

Sweden is just one of the many countries that has seen a dip in blood donations. Both Blodcentralen and England’s National Health Service expressed concern over the lower numbers last summer; the Red Cross also laments that less than 10% of eligible blood donors give each year on its homepage. The text program, with its powerful social media pull, is seen as a way to entice young people and build out the future donor base. In some parts of Sweden, donors can even sign a contract allowing the blood service to aggressively contact them via text, Facebook, and email until they come in for an appointment. 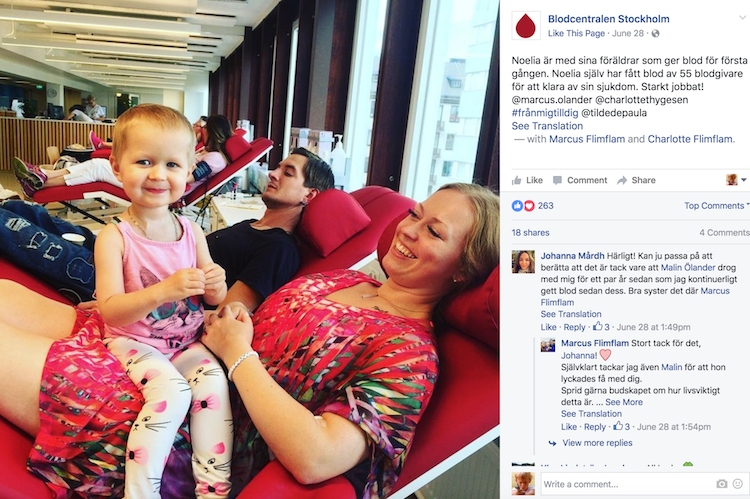 The UK recently adopted a similar system. NHS Blood and Transport announced on World Blood Donor Day (June 14th) that donors would now receive a text message when their blood was being sent to save a life. The text even includes information like the hospital destination. A quick scan of Twitter shows that British donors are beginning to screenshot their messages just like the Swedes: 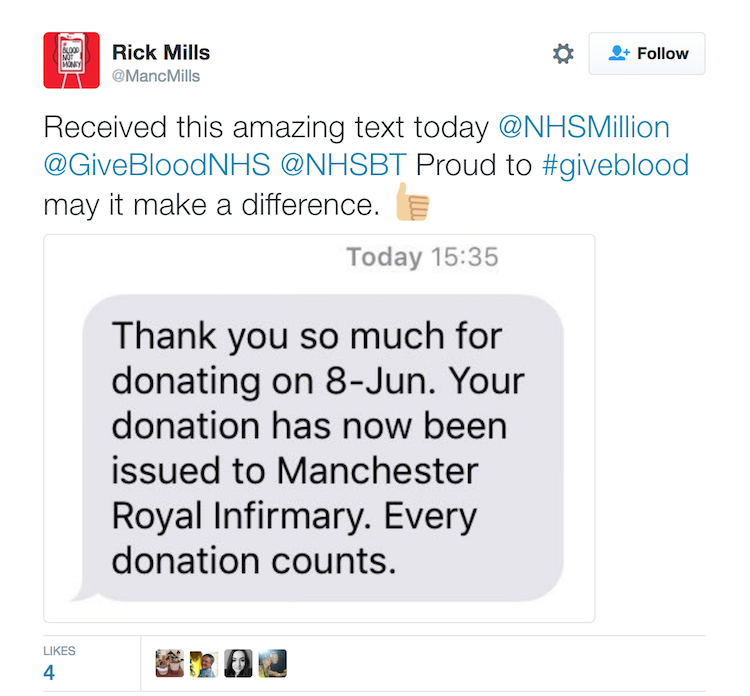 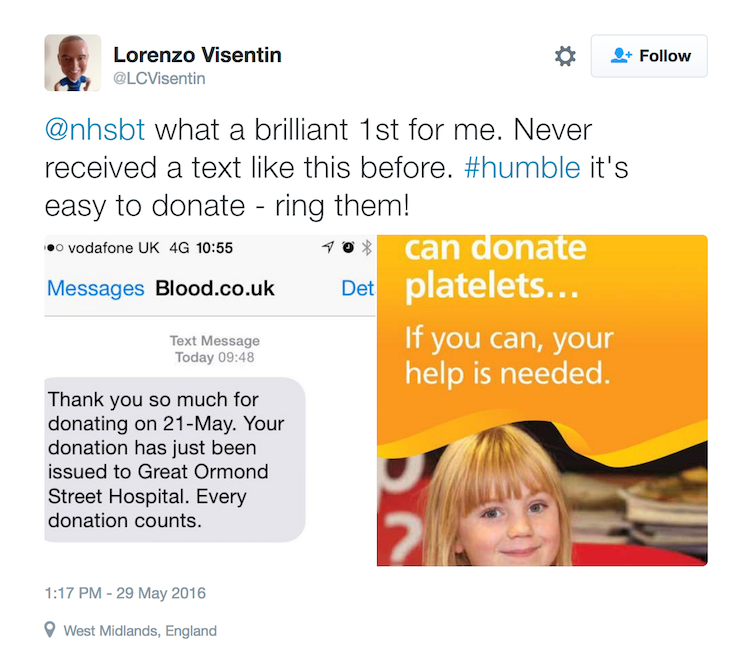 Now that the program is spreading across Europe, it’d be great for American blood banks to start texting. Donating is already rewarding, but getting a notification knowing it actually helped someone would be such an uplifting bonus.