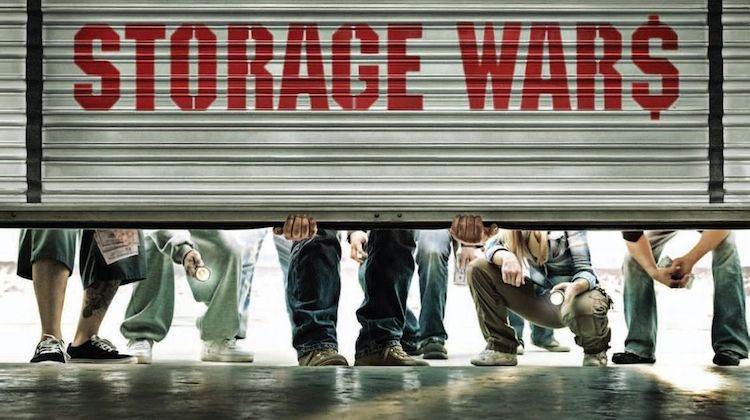 Most episodes of A&E’s Storage Wars are pretty much the same. A bunch of sassy characters bid and overpay for storage lockers, they dig through boxes and other garbage, and just when all hope is lost..."WAIT A MINUTE!!!!" Something of value is uncovered.

Well, former-Storage Wars buyer Steve Monetti got the shock of a lifetime when he purchased a locker at Harlem Self-Storage and found 31 urns complete with ashes, according to the New York Post.

While it’s definitely unsettling, nothing illegal occurred. Apparently the ashes were returned from crematoriums to the M. Marshall Blake Funeral Parlor, which went unclaimed and were stored in the locker. When they fell behind on the monthly payments the storage locker went up for auction.

It might seem strange to think a person would opt for cremation, purchase an ornate urn and not claim it. But, according to our Funeral Guru Elizabeth Meyer, it’s not uncommon.

“Funeral homes will keep ashes for a set period of time and continually attempt to contact the next of kin to get them picked up,” she said. “But some people can’t emotionally deal with the situation, or don’t know what to do with the ashes after they take them.”

Funeral homes will store unclaimed ashes for a set period of time. If no one claims them they’ll be returned to the crematory, who will also attempt to find them a home. If no one claims them after their set period of time they will eventually bury or scatter them, depending on the state laws. The LA Times wrote a story about the growing problem of unclaimed ashes in 2008 and as the popularity in cremation rises—as of 2010 the national number is at 41-percent and on the rise—what can be done to help eliminate the problem? If you're planning to be cremated after you shuffle off this mortal coil let your family and friends know what you want done with your ashes.

Since it’s a difficult and emotional situation, we wrote some articles that can prepare you in advance… or help if you’re currently wrestling with this issue:

As for the Harlem storage locker, it appears that it’s up to Monetti to try and locate relatives so the ashes can be at peace. Now that’s an A&E show we’d love to watch.