If You Misplaced A Coffin Full Of Weapons, A Florida Sheriff Would Like To Speak With You

Someone in Florida right now is probably wondering, "Where did I put that coffin filled with weapons?" 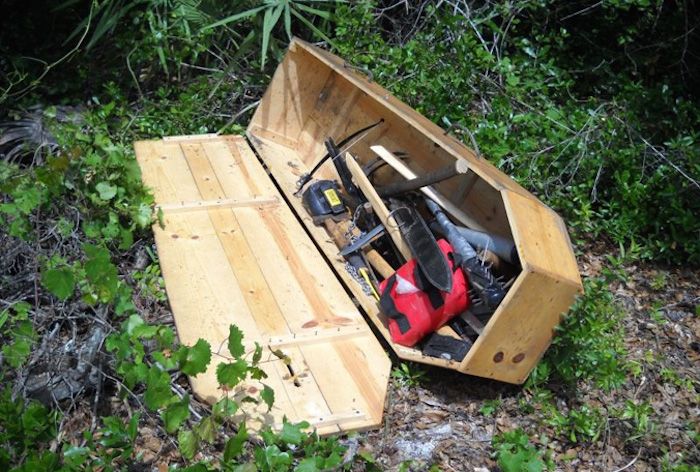 If you happen to be the owner of this weapon-filled casket, the police would like to let you know that it's safe and in their custody. Feel free to pick it up if you don't mind answering a whole lot of questions.

A Florida Fish and Wildlife officer found the closed wooden casket in De Leon Springs and contacted the Volusia County Sheriff's department. Once the coffin was opened they found 46 items that ranged from weapons to household appliances… that could easily be used as weapons. The full list is here but we've selected some of the bizarre highlights:

The police haven't identified who it belongs to but our imagination has been running wild with speculation. So we present...