How To Choose Pallbearers For Your Funeral

Pallbearers help to carry or escort the casket at a funeral. 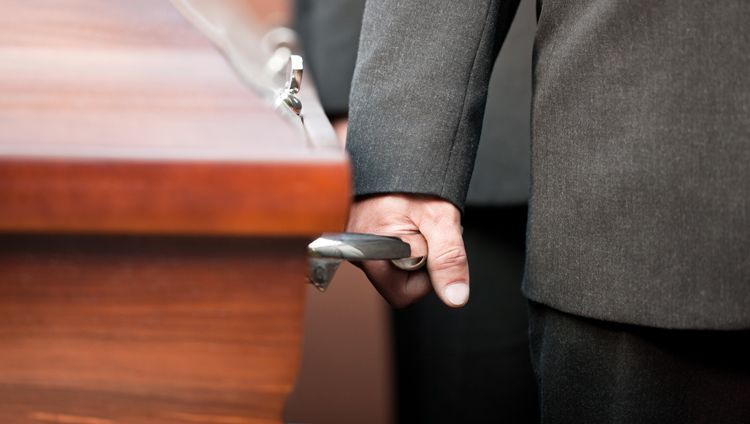 Pallbearers are only appropriate if there will be a casket present for the service, which means they are usually not part of a memorial service.

When Pallbearers Are Appropriate

Who Can Be A Pallbearer

Pallbearers can be men or women, and are often either family members or close friends. Traditionally, there are six pallbearers at a funeral, as there are usually six handles on a casket (three on each side), though there are often two handles on the front and back sides of a casket, allowing for eight pallbearers.

Pallbearers are usually close family members and friends. Siblings, adult children, grown grandchildren, nieces and nephews, close friends, and colleagues are all common choices for pallbearers. However, anyone can serve as a pallbearer. Your pallbearers can be the same people who you've chosen to participate in the service in other ways (such as people delivering eulogies or readings), or you can choose people who are important to you but who will not be speaking at the service.

How To Choose Pallbearers

Being a pallbearer is often seen as an honor. When choosing your pallbearers, think about who you'd like to have this honor, but also consider who might not have the emotional wherewithal at the funeral for this job. In most cases, being a pallbearer requires physically carrying the casket, any you may want to consider choosing people who will be able to bear the weight. (If you'd like to choose someone to be a pallbearer and you don't believe he or she can physically carry the casket, consider making that person an "honorary pallbearer," explained below.)

Talk to the people you’re considering as pallbearers to let them know that you’d like them to participate. You might want to explain what the role entails and why you're asking the person to participate in this way. If a person has concerns about his or her ability to perform the role, you can address those concerns.

If any people whom you would like to have as pallbearers are not physically capable of carrying the weight of a casket, those people can be made “honorary pallbearers” and can walk in front of, beside, or behind the casket. There is no limit to the number of honorary pallbearers that you can have at your funeral.