For centuries, burial or cremation have been the only two options for what to do with your body when you die. Now these options are starting to change… and expand. 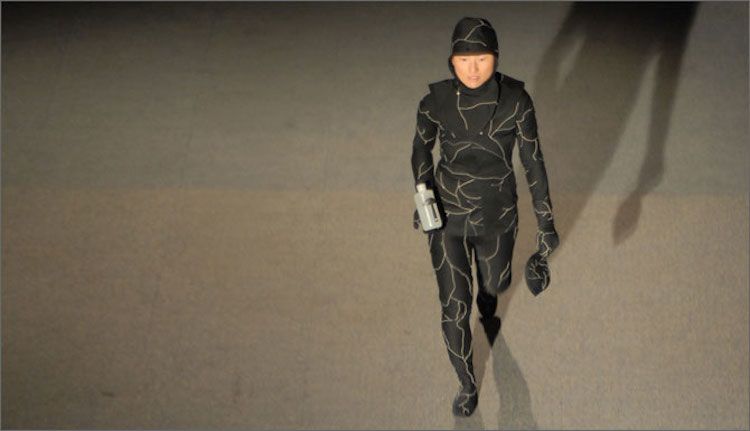 A roundup of how innovative thinkers are changing burial methods on Gizmodo (8 Designs that Rethink the Way We’re Buried) alerted us to one of the coolest green burial items we've ever seen.

This article was inspired by Designboom’s “Design for Death” competition. Designboom pushed innovators to inspire and change the way our culture looks at traditional methods of interment — namely, burial and cremation. Rather than just put ashes into a plain urn, these artists came up with inventive ideas such as shooting them up in a weather balloon or transforming them into a wind chime.

One of the featured innovators is M.I.T. research fellow Jae Rhim Lee. She has invented the Mushroom Death Suit in an attempt to filter out the hundreds of chemicals that every person has in his or her body that seep into the earth when a body decomposes. The Suit is a cotton bodysuit covered in mushroom spores stitched in an arrangement replicating mushrooms’ natural growing pattern. The idea is that when a person dies, her body can be covered in "a ‘cocktail’ of elements which facilitate decomposition and toxin remediation," placed into the suit, and placed in a natural environment to become a patch of mushrooms — and ultimately healthy, chemical-free compost.

“Imagine the Infinity Mushroom as a new way of thinking about death and the relationship between the body and the environment… steps towards accepting the fact that someday I will die and decay… a step toward taking the responsibility towards my own burden on the planet.”

What’s most impressive to me about the Mushroom Death Suit (and all the other competition entries) is number of people who competed, and what their efforts symbolize. The competitors weren’t funeral industry professionals — they’re artists and designers, people who think about the way we live. And they’re pushing for society to accept that it’s time break away from the status quo when it comes to death, and questioning not only how we live, but also how we die. This competition, and the incredible ideas and prototypes it inspired, is a step towards exposing society to more options when it comes to our futures.

Plus, from a style perspective, the sleek suit kinda makes you look like you're ready to star in a Mission: Impossible movie.