Can You Trust “Most Common Causes Of Death” Maps?

Just because a colorful chart shows how people die in your state doesn’t mean you have to live in fear. 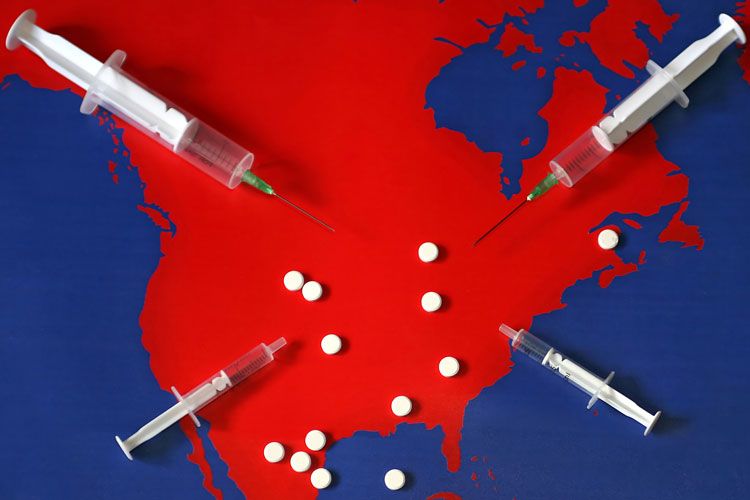 Charts and maps are fun, colorful, and easy to read. You see a map that says “heart disease” is the number one killer in your state, and you nod and move on. But it’s important to read the fine print and know that, while the big, pretty graphic says you’ll probably die of heart disease, the human body is too complicated to be summarized with a map.

The maps found on Slate were created using data from a 2008 CDC report, so we can assume the information is correct and cited. The problem, as writer Ben Blatt points out, is that it’s too easy to manipulate and shuffle the data so that it can be used to say almost anything.

The main takeaway from all these maps:

Wait… what? That doesn’t seem right. That’s because it’s wrong.

Like looking at salad and classifying it as a tomato just because you see some more tomatoes in it than you see in a bowl of cereal, we must look deeper.

Confused? The data gets even more diluted and wonky when used to create a map showing the “Death Rate Compared to the National Average.” Here, even a student who failed high school math can see something doesn’t add up. How can 30 states (of a possible 50) have more deaths than the national average? Wouldn’t such a statistic change the national average?

It’s like saying 70% of an hour takes place after the first 30 minutes.

And then we had to Google the difference between “average” and “median” to understand the data. The map, while technically accurate, doesn’t offer a great deal of useful information. Especially for those who don’t want to get bogged down in the details.

Such is the case with many charts, maps, and infographics that turn complicated medical data into easy-on-the-eyes images and compelling headlines. Before you rush to the doctor or freak out your family, thinking you’re about to die of liver disease or killer bees because a colorful map said so, take the time to read and understand the information carefully.