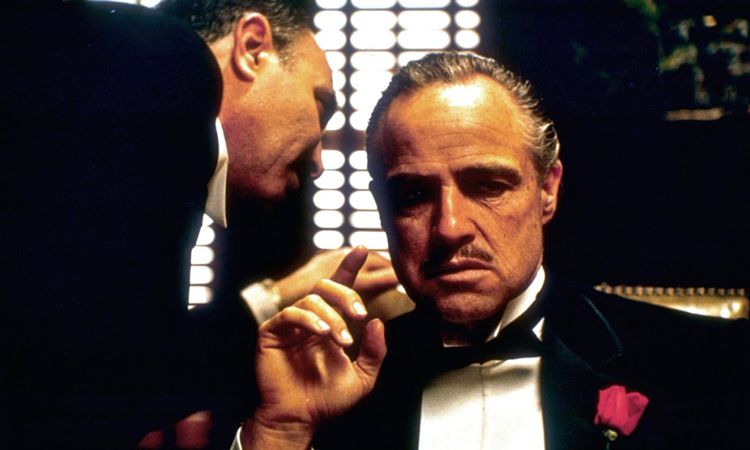 The Godfather is more than a movie. It’s a guide to life, offering endless lessons on how to handle every situation you may encounter. To honor thy father we couldn’t pass up an opportunity to sift through the three films and novel to find our favorite teachable moments. Follow this advice and you could be bigger than U.S. Steel.

"A man who doesn't spend time with his family can never be a real man." 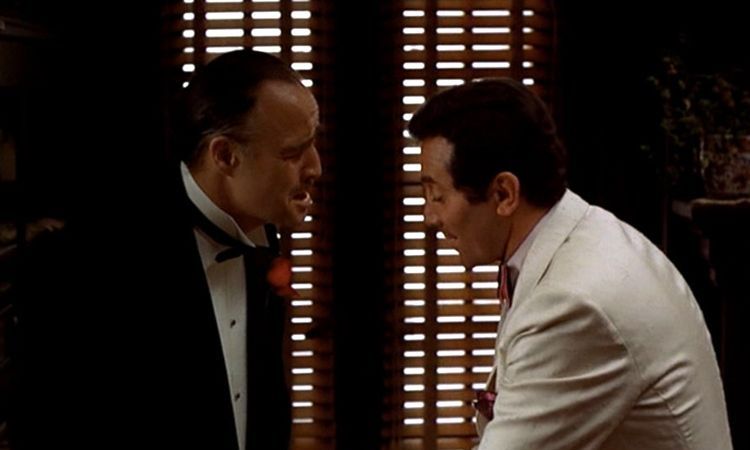 Life Lesson: It’s your duty to be there for your family, regardless of the circumstances. This will help protect them while you're alive, and leave a meaningful legacy after you’re gone.

"Leave the gun, take the cannolis." 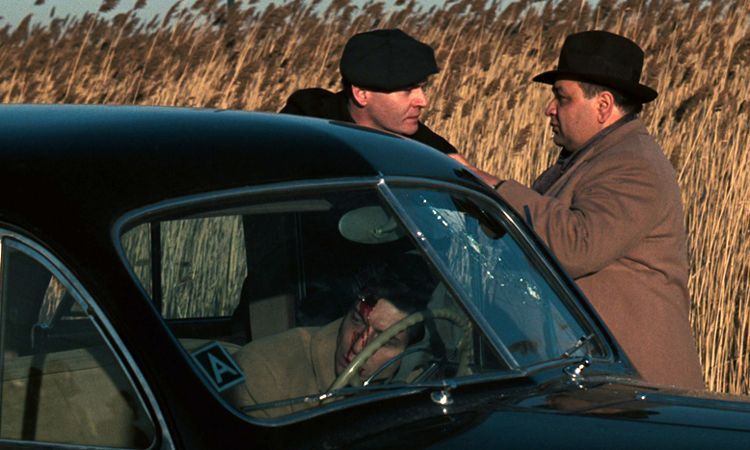 Context: Peter Clemenza (Richard S. Castellano) says this after overseeing the execution of a family rat. The cannolis were for Clemenza’s wife. [The Godfather]

Life Lesson: Keep your priorities straight. And don't forget to treat yourself, or your better half, after a job well done.

“You can have my answer now, if you like. My final offer is this: Nothing.” 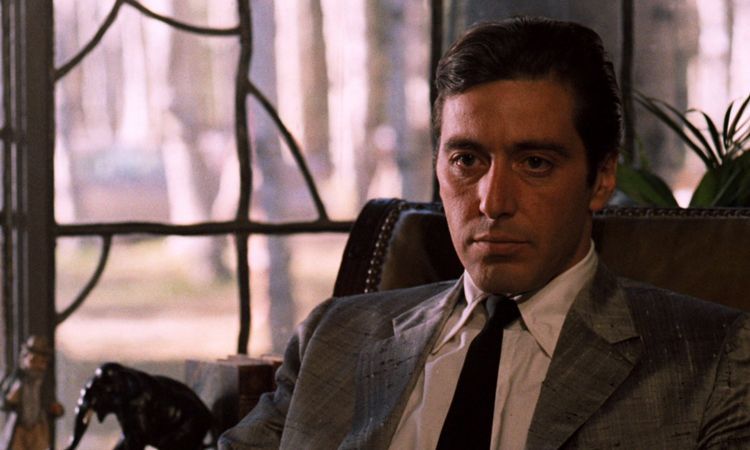 Life Lesson: Never get bullied into a making a decision you don’t agree with, even if it means offending someone who’s trying to intimidate you.

“Among reasonable men problems of business could always be solved.” 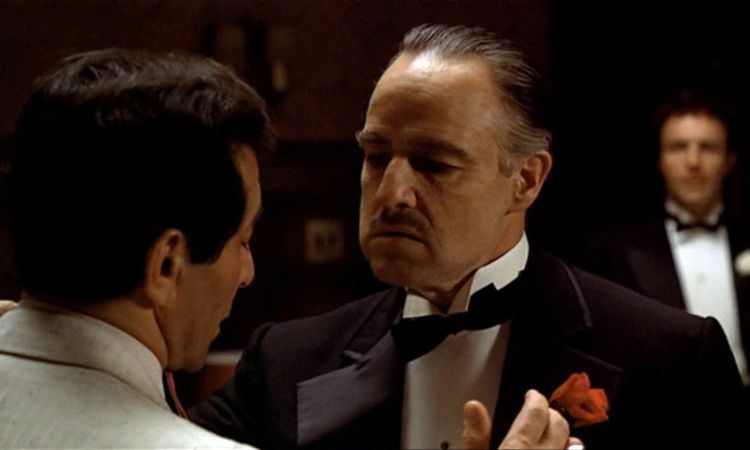 Context: In the novel, Don Vito expresses this notion to calm the overly emotional singer/actor Fontane before ordering him to stay in the Corleone house for a month to get healthy. [The Godfather, novel]

Life Lesson: When you’re trying to resolve a tricky problem, leave it alone, think about it some, and come back to it later. A solution will always present itself.

"Friendship and money. Oil and water." 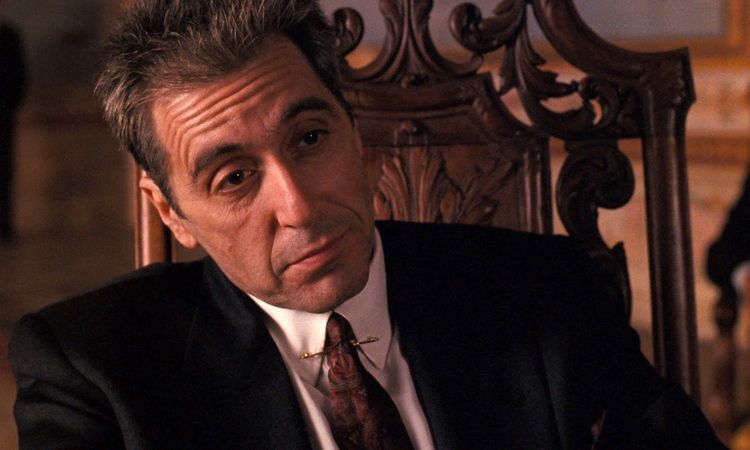 Context: Michael Corleone's response when Archbishop Gilday tells him “friends” of the church lost a vast sum of money — close to $800 million! [The Godfather: Part III]

Life Lesson: Don’t assume friends (or family for that matter) will behave rationally when money is at stake. Account for all your financial assets, perhaps even set up a Trust, and make sure it’s all properly allocated in your Will so there’s no confusion after you’re gone.

“We go to the mattresses.” 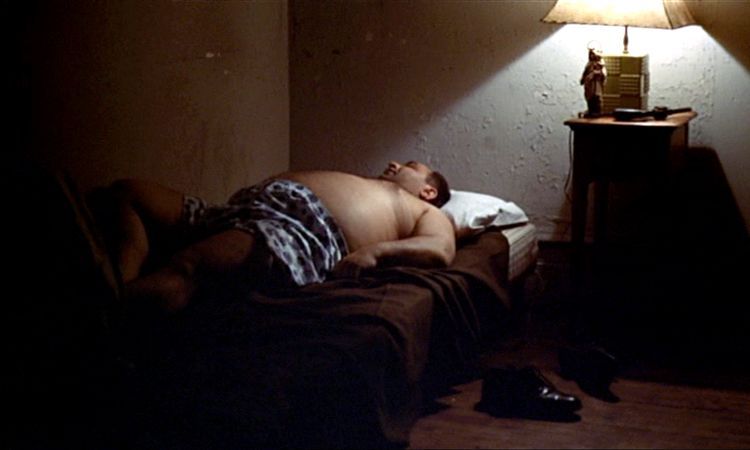 Context: Santino "Sonny" Corleone (James Caan) says this when discussing war with a rival family. The phrase is used when a mafia family’s soldiers go into hiding — literally finding an apartment and putting mattresses on the floor — and wait undetected until it’s time to strike. [The Godfather]

Life Lesson: When faced with an imminent problem or threat, don’t brush it off. Hunker down until you come up with a solution.

"My father taught me many things ... keep your friends close, but your enemies closer."

Life Lesson: If you’re acutely familiar with the negative things in your life, you’ll be able to anticipate them and plan accordingly. The devil is always in the details. 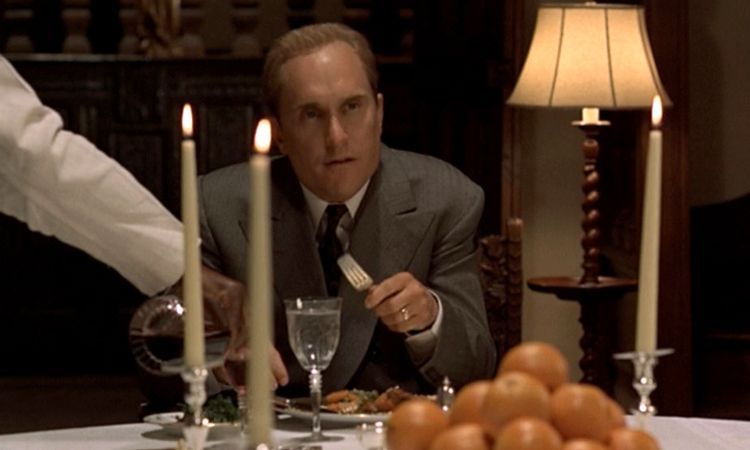 Life Lesson: It’s not easy for many people to ask for help, so when someone does you should do your best to accommodate them. And not just because you could wake up next to a horse’s head.

"It's a Sicilian message. It means Luca Brasi sleeps with the fishes." 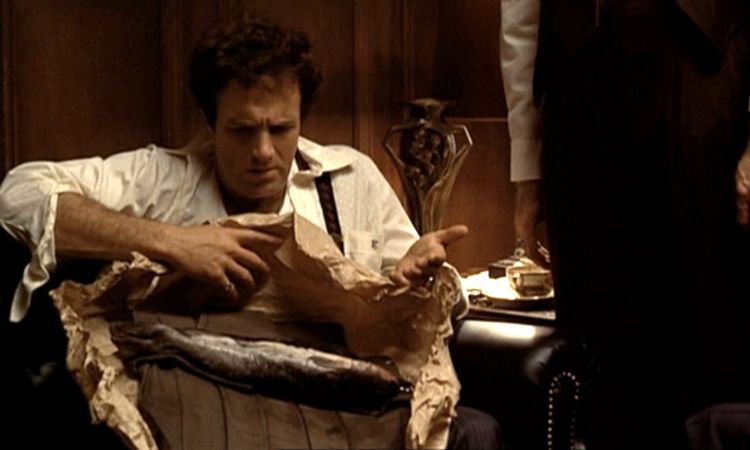 Context: Sonny is dumbfounded when he receives a fish wrapped in a bulletproof vest. It’s up to Clemenza to translate the message that one of the family’s most trusted enforcers has been killed. [The Godfather]

Life Lesson: Symbolism can be clever, but remember: ABC – Always Be Clear. Unless you're trying to be cryptic, don’t leave anything behind that’s hard for someone else to interpret if you're not going to be around to explain it.

"Good health is the most important thing. More than success, more than money, more than power." 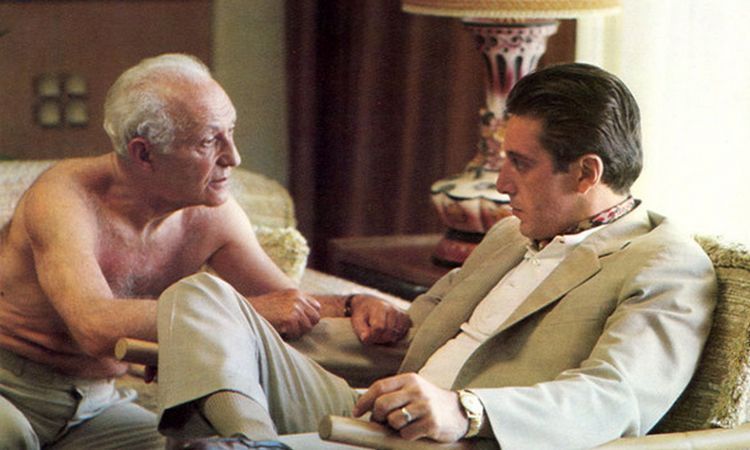 Life Lesson: Just because you should always be planning for the future doesn’t mean you shouldn’t take care of yourself in the present. Be good to yourself: eat well, exercise, and try to live forever.

“He's been dying from the same heart attack for the last twenty years.” 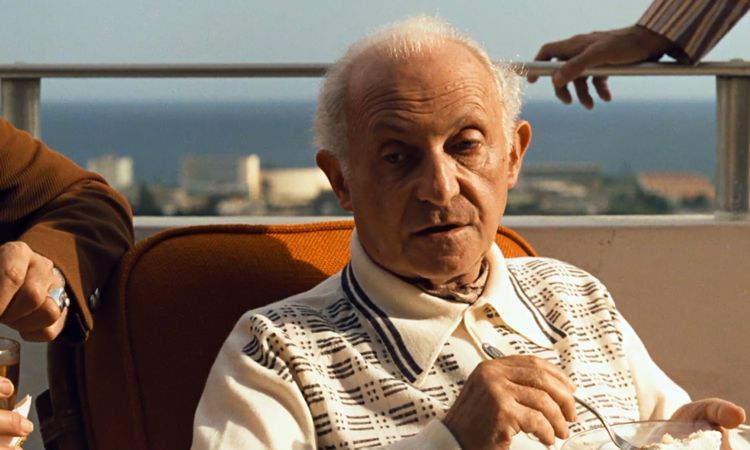 Life Lesson: Don’t cry wolf too often or people will doubt your sincerity.

"Never tell anybody outside the family what you're thinking again."

Context: Don Vito scolding Sonny for speaking out of turn during a meeting. [The Godfather]

Life Lesson: Never frivolously share your personal plans or information with anyone you don’t fully trust.

"The richest man is the one with the most powerful friends." 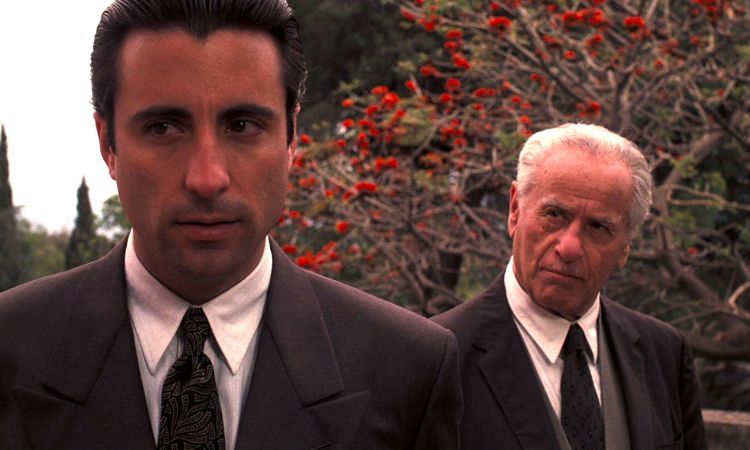 Life Lesson: Choose your friends wisely because a loyal friend will be there when you need them most.

“It don't make any difference to me what a man does for a living, you understand.” 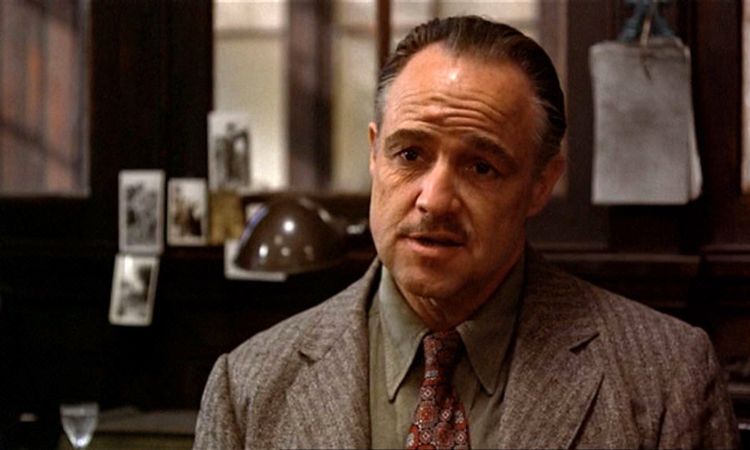 Context: Don Vito politely turning down an offer to enter the narcotics business. [The Godfather]

Life Lesson: It's not your place to judge or get involved when something’s none of your business. Be respectful and wish them the best while you go your separate ways.

“A lawyer with a briefcase can steal more than a thousand men with guns.” 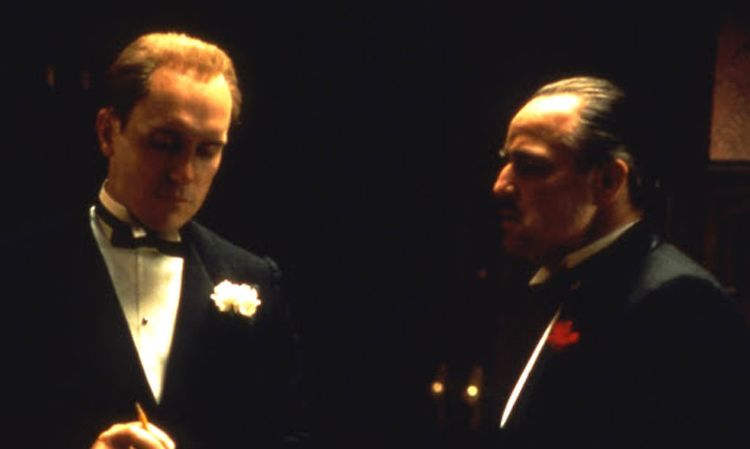 Context: Tom explaining to Sonny why finesse is sometimes more important than muscle. [The Godfather, novel]

Life Lesson: Here’s the number-one reason you need to plan ahead for your family and loved ones. A good estate attorney can save your family years of headaches in the future. But if things go south, and your heirs are at odds with each other, there are a thousand lawyers who’ll be more than happy to step in and hack away at your estate.

"Never hate your enemies – it affects your judgment." 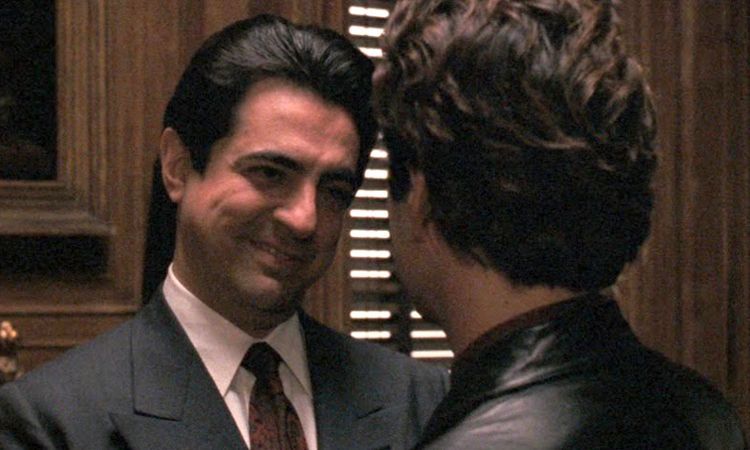 Life Lesson: Don’t let your emotions be the basis for your decisions.

“Don't ever take sides with anyone against the family again. Ever.” 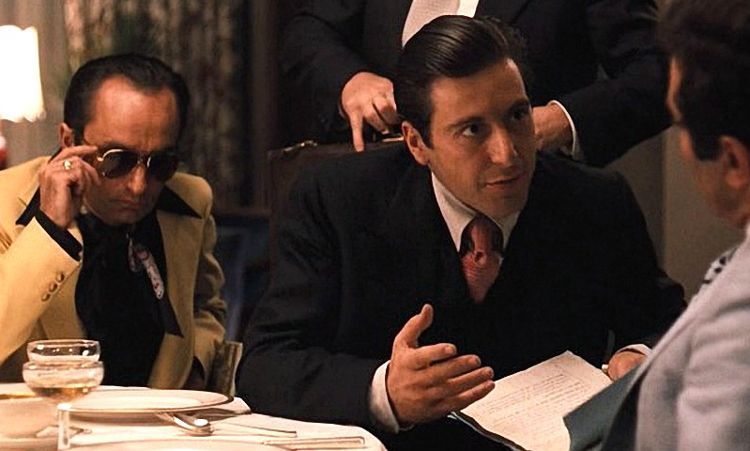 Context: Michael scolding his brother Fredo (John Cazale) after speaking out of turn during a meeting. Sadly, the simple-minded Fredo never took this advice to heart. [The Godfather]

Life Lesson: Keep a unified front at all times, even if you doubt or disagree with a trusted family member, friend, or advisor. Voice any concerns you have later in private.

"Just when I thought I was out, they pull me back in."

Context: Michael expressing anger at how his efforts to legitimize the “family business” keep getting thwarted. [The Godfather: Part III]

Life Lesson: Despite your best efforts, things still might not work out in your favor. That’s life.

“This is business. Not personal.” 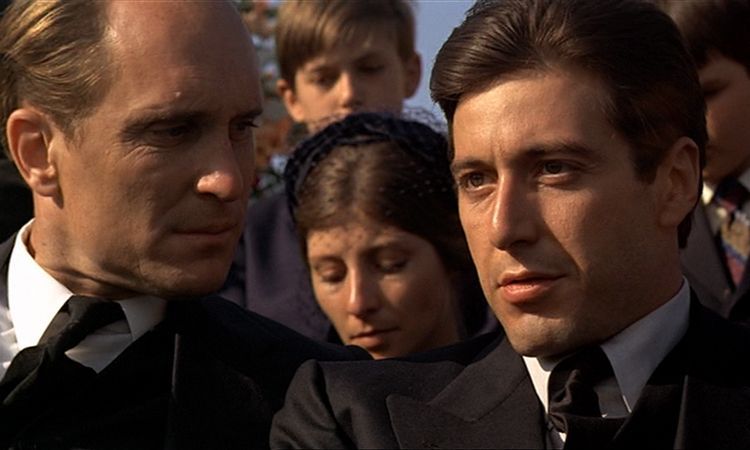 Context: Tom trying to keep the family from declaring all-out war after Don Vito was shot. [The Godfather]

Life Lesson: Don’t get too sentimental or emotional when making decisions that could have devastating consequences. For example: Don’t write someone you love out of your Will in a fit of anger unless you’re 100-percent positive you want that to be a part of your eternal legacy.

“Accidents don't happen to people who take accidents as a personal insult.” 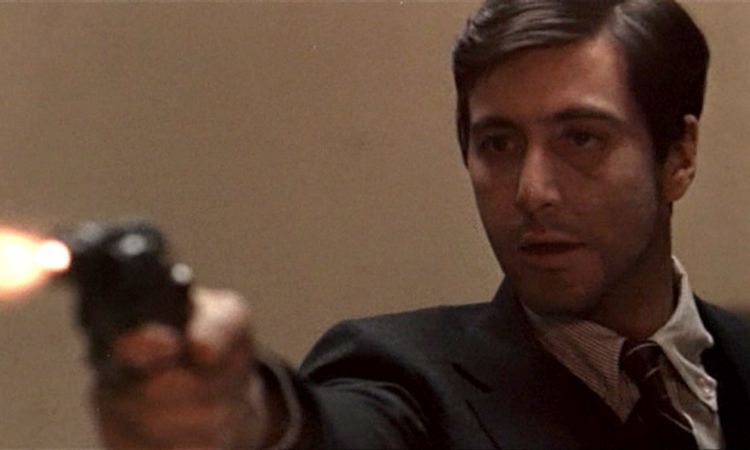 Context: Michael debating Tom’s “this is business, not personal” viewpoint with a lesson he learned from Don Vito about how everything is personal. “If a bolt of lightning hit a friend of his the old man would take it personal. Like God. He knows every feather that falls from the tail of a sparrow…” [The Godfather, novel]

Life Lesson: If your decisions and wishes are always clear, precise, and deliberate, they’ll never be misinterpreted.

"Now listen: I want somebody good — and I mean very good — to plant that gun. I don't want my brother coming out of that toilet with just his d**k in his hands, alright?" 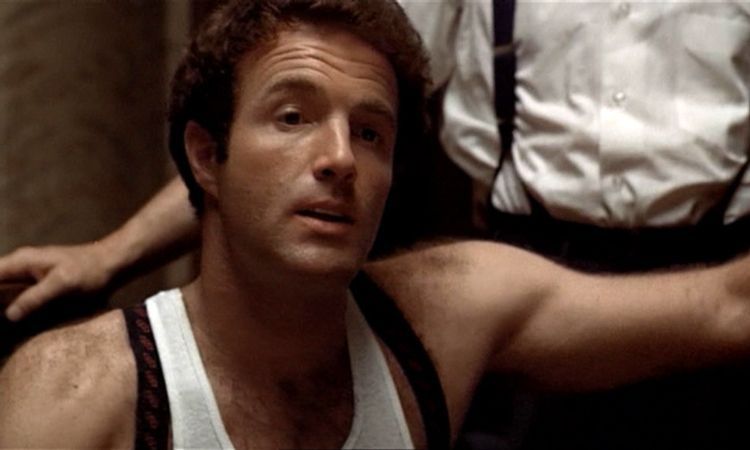 Context: Sonny gives this terse advice to Clemenza and Tom while planning Michael’s hit on a rival crime boss and dirty police captain. [The Godfather]

Life Lesson: When delegating important tasks to others make sure you’ve covered all the bases and haven’t left any loopholes.

“Yet, he thought, if I can die saying, ‘Life is so beautiful,’ then nothing else is important. If I can believe in myself that much, nothing else matters.” 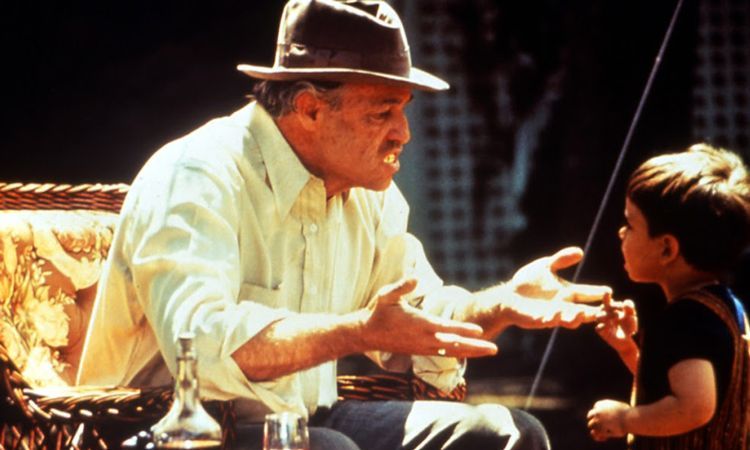 Context: Don Vito's inner monologue of what he considers to be a life well lived. [The Godfather, novel]

Life Lesson: Wealth and possessions aren’t the measure of a person’s life. It's the ability to communicate your feelings and love for your family and friends. Never miss an opportunity to pass on the wisdom of your life’s journey so the people you leave behind may experience the same joy. 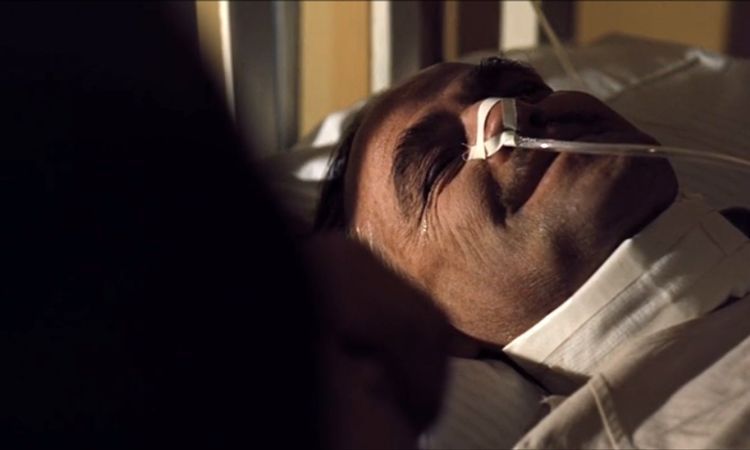 Context: While his father was recovering from a damaging assassination attempt, Michael offered these words of love and comfort, causing the great Don Vito to weep tears of happiness. [The Godfather]

Life Lesson: It’s never too late for a reconciliation… until it’s too late.

“I hoped we could come here and reason together. And, as a reasonable man, I’m willing to do whatever’s necessary to find a peaceful solution to these problems.” 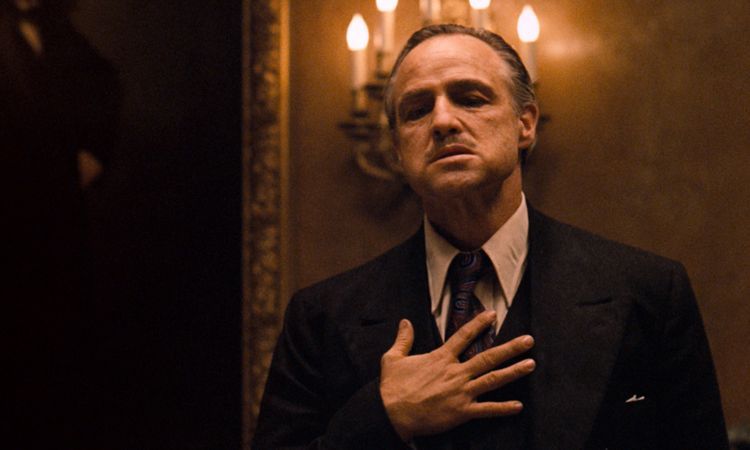 Context: Don Vito Corleone speaking with the heads of the five families. [The Godfather]

Life Lesson: Here at Everplan, we’ve tried to anticipate everything we can do to help you get a plan in place. If there’s anything more we can do, anything we can explain or suggest, don’t hesitate to get in touch. Bona fortuna and feel free to contact us here.