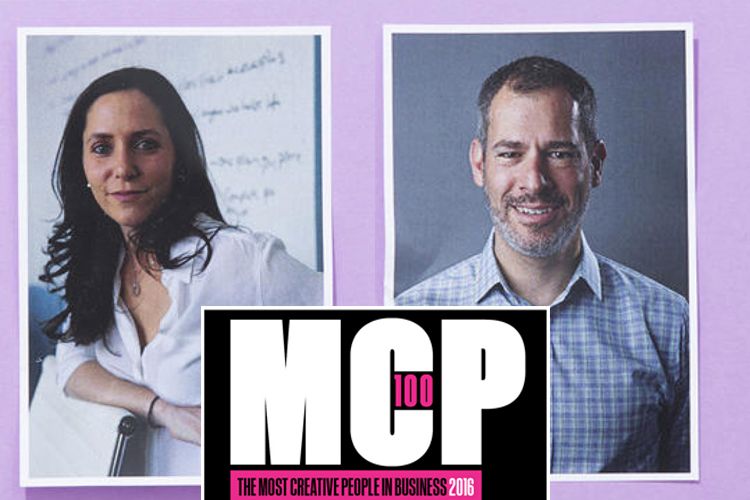 Fast Company has announced its 2016 list of the 100 most creative people in business and our co-founders Abby Schneiderman and Adam Seifer both made the list. To give you an idea of others included this year, the creator and star of the Broadway hit Hamilton Lin-Manuel Miranda is listed at #1, which is pretty good company to keep.

Here’s a snippet of what Fast Company had to say about Everplans:

Everplans launched in 2012 as an end-of-life-related content site. A year later, Schneiderman and cofounder Adam Seifer evolved to a mobile-optimized consumer platform where users could build a digital vault for everything from bank account info and medical advance directives to recipes that could be accessible to a partner, lawyer, or other designee. In 2015, they also launched Everplans Professional, a cobranding opportunity for financial advisers, insurance agents, and estate attorneys to enhance and extend their client relationships.

In 2015, more than 2 million people sought advice from Everplans’ library of 2,500-plus articles (Google “Catholic funeral traditions,” and Everplans tops the Vatican in results). More than 15,000 individual subscribers have gotten their affairs in order through the site, and more than 100 professionals have come aboard to set up accounts for clients. Now, the company is developing partnerships with corporate HR departments. The mission going forward is to make sure people are introduced to Everplans at a "trigger" point in their lives—planning a will, starting a new job—by a person they trust.

For those keeping score, Abby appears at #45 on the list and Adam is #46, so we’d like to offer a special congratulations to Abby for beating out Adam! 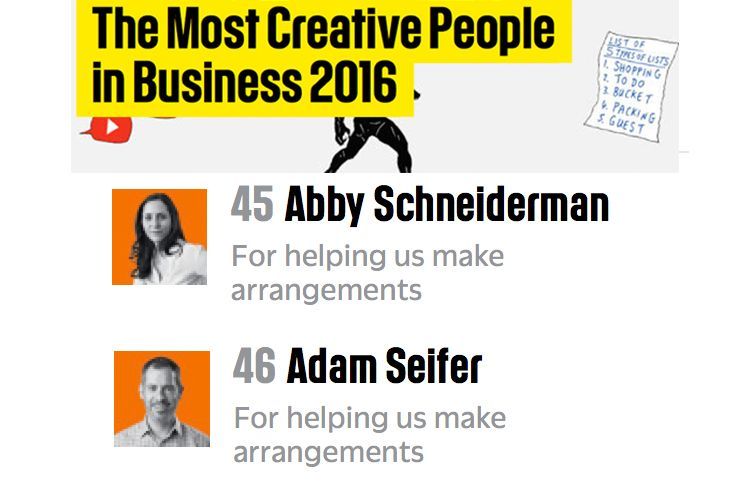