As we celebrate our fathers, a new Everplans study reports that end-of-life planning is at the top of their responsibilities list.

Other top findings include:

End-Of-Life Planning Is A Top Priority For Married Men

Overall, the findings show that married men consider end of life planning (and long term financial planning) to be in the top three of their "responsibilities" list whereas married women tend to claim more conventional motherly duties such as cleaning the home, caring for children, and social planning. Paying bills, however, breaks into the top 5 of married women's named responsibilities. 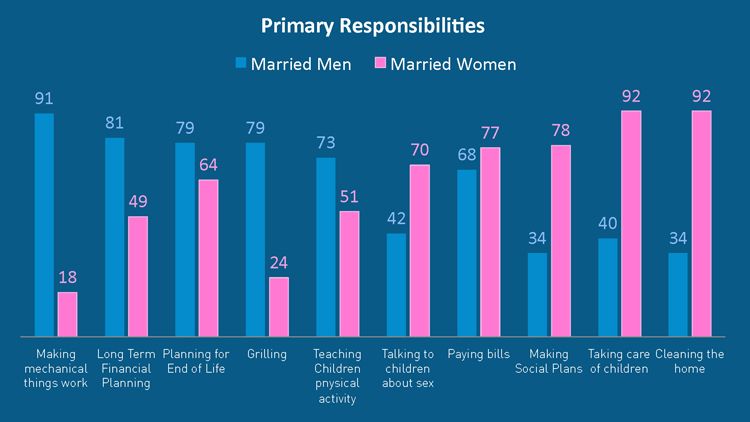 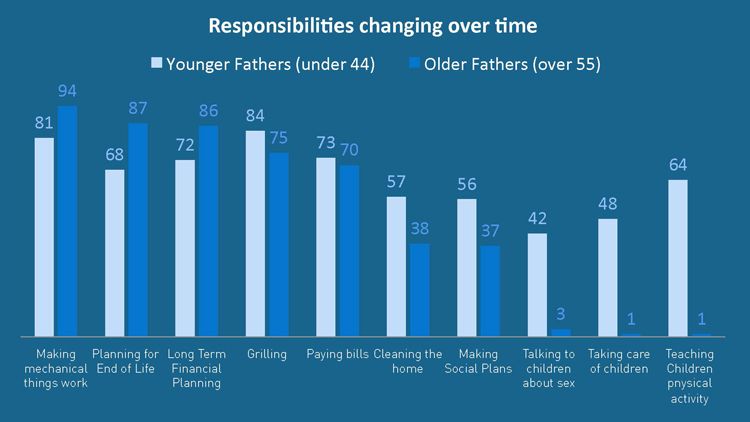 Contrasting what fathers claim as their responsibility with what they claim to do very well, fathers are very comfortable with their skills in most areas. However, only 1 in 3 fathers believe they do end of life planning 'very well.' 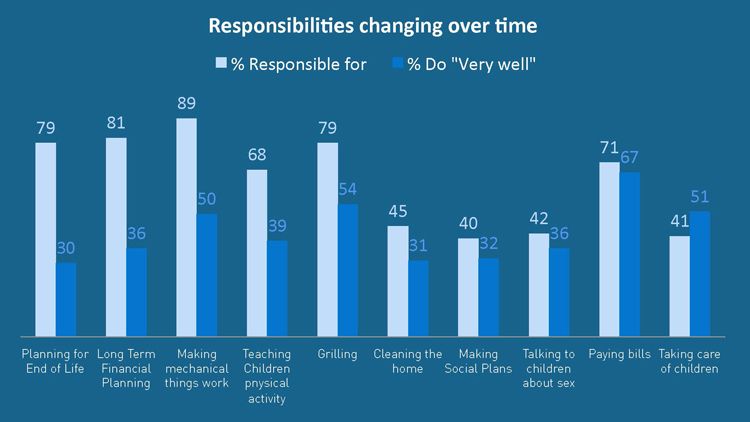 Commenting on the survey, Abby Schneiderman, Co-Founder at Everplans.com, said: "On Father's Day, we celebrate all the significant contributions that fathers have made in each of our lives. They take on so many responsibilities and seem to be doing them as best as they can. Our inaugural study conducted by Harris Poll shows that end of life planning is an area where they are not confident and may need help. We commend fathers (and mothers) for taking on this difficult responsibility but, without the proper provisions in place, they unintentionally create the risk of leaving a mess behind for families."

Lack Of End-Of-Life Planning Can Result In Major Loss

While most fathers saw themselves as being responsible for end of life planning, they believed that they will leave loved ones at best searching for or worse, losing needed beneficiary documents. According to the findings, less than one-third of fathers said that their family knew exactly where their plans/documents are.

Lack of communication with other family members by fathers risk losing valuable assets that are left in unclaimed bank accounts, safe deposit boxes and pensions. In fact, the National Association of Unclaimed Property Administrators (NAUPA) recently found that the U.S. government is currently holding over $41 billion in unclaimed assets. In addition, more than $300 million in pension benefits are owed to over 38,000 people (according to Pension Benefit Guaranty Corp) and 1 in 600 people may be owed life insurance money (according to Consumer Reports).

"Fathers and mothers, especially Baby Boomers and the Silent Generation, owe it to their families to adequately plan for end-of-life situations," said James Firman, National Council on Aging President and CEO. "It is important to make sure that their wishes and preferences are clear, and that their important documents can be easily located, so that their families and loved ones can be fully prepared."

This survey was conducted online within the United States by Harris Poll on behalf of Everplans.com from June 4-6, 2014 among 2,036 adults ages 18 and older, of which 539 are fathers. This online survey is not based on a probability sample and therefore no estimate of theoretical sampling error can be calculated.

Everplans helps you complete, organize and securely share your legal, financial and health planning in one place so the important people in your life will have easy access when they most need it. The company was founded by Adam Seifer and Abby Schneiderman, entrepreneurs with a passion for helping people and a proven track record of creating successful online communities. For more information, please visit www.everplans.com.