What would you do if an estranged family member passed away and turned out to be secretly rich? 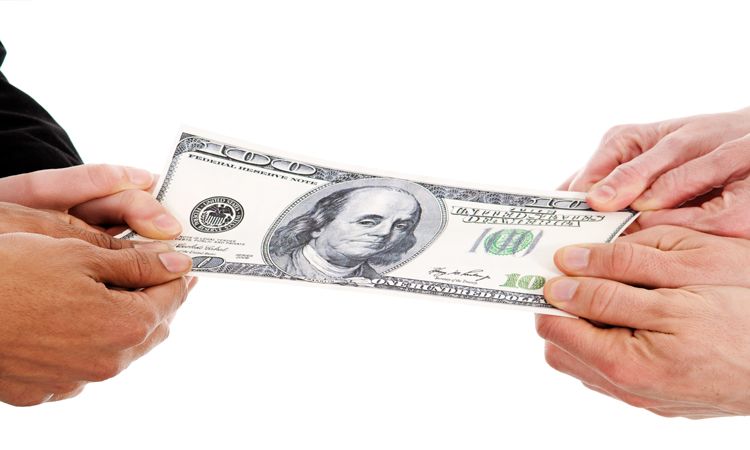 Before his death in 1994, Louis Passerini, a US Army and Air Force veteran, amassed a huge fortune, according to a fascninating story in the New York Post. Said to be ‘eccentric’ and ‘especially frugal,’ he was estranged from his brothers until they found out about his passing in 2000 — six years after he died.

The brothers (Joseph, 87, and Henry, 92) immediately began fighting over the estate valued at around $80K, but the eldest thought there was more so he went digging. Contacting banks, unclaimed-funds administrators, and even the IRS, he ended up finding 30 bank accounts in several states belonging to his deceased brother.

According to The Post, the search for Louis’ lost fortune cost Henry almost $100,000, and he wants to be reimbursed. Joseph has refused to pay him. As of now the case is still wrapped up in the courts and nobody in the family has received a single penny.

Is Easy For Us To Judge And Speculate...

While the Passerini family fights this out in court, it’s easy for outsiders like us to sit in judgement:

If Louis wrote out a clear and specific Will, listing all his assets and allocating them to whoever he wanted, all would be settled. Unless, of course, the Will was contested (and let’s face it, that’d be a distinct possibility considering how far the brothers have taken this.)

But maybe Louis just didn’t care. As his brother said, he was frugal so he probably put the money away in case he needed it. Once he died, it didn’t matter anymore, at least to him.

Maybe if his family had kept in touch he would have told one of them about it. Then again, we don’t know the first thing about Louis. Perhaps he was estranged from his family for a reason and he relished the thought of his family fighting over his scattered fortune.

While all this speculation is like commenting on a reality show, it’s not nearly as entertaining if it’s your family. But what if it was? Here are two options to either give your family some closure after you’re gone, or put them through hell.

If You Want Your Family To Fight…

Do nothing. If you felt slighted or unappreciated and want to cause a family rift that may never heal, let them battle it out in court for years with the proceeds of your estate going to lawyers rather than heirs.

A lesser though more sinister version of this would be to do some vague planning. For example, state in your Will that you think your heirs should split your assets among themselves however they see fit. Unless you have the most rational family in the world, this is like throwing a grenade into room full of grenades.

Create a Will and don’t tell anyone where it is. While you might think you’ve planned ahead perfectly, if your family can’t locate the actual legal document all that effort was for naught. You might think they’d automatically know it was in your home office filing cabinet, or being stored with your attorney, but have you told them?

Simply put: Money makes people weird. Even people who don’t think they care about it. Perhaps it’s pride, or fairness, or an unresolved grudge, but there’s always something that makes people go to war when dollars are involved.

If You Don’t Want Your Family To Fight...

Specify where you want your assets to go in an updated and easy to locate Will.

You can split up assets evenly: “my estate shall be split evenly, between my two children, with each receiving 50-percent.”

Or unevenly: “Child A gets 20-percent, Child B gets 80-percent, and I think you both know why… Child A, be happy you’re getting anything.” (Note: Please see an attorney to have the correct, legal wording, but you get the jist.)

If you want to get even more granular, sit down with an estate attorney and break everything down to the dollar amount and item of value so you’ll know exactly where it’s all going.

Keep in mind, if you don’t want to give anything to your family or friends, for whatever reason, you don’t have to. But you should make it clear that they get nothing, if only to eliminate any confusion about a misplaced Will or poor-planning on your part. Instead, it’s all going to your favorite charity. Or your pet. Or a friendly neighborhood bartender. You can even write them a letter stating how you came to this decision to avoid any confusion. This probably won’t make them happy, but at least they’ll know how you feel and won’t waste time in court fighting over something that isn’t legally theirs.