When Obituaries Get Political

These people got their political views across from beyond the grave. 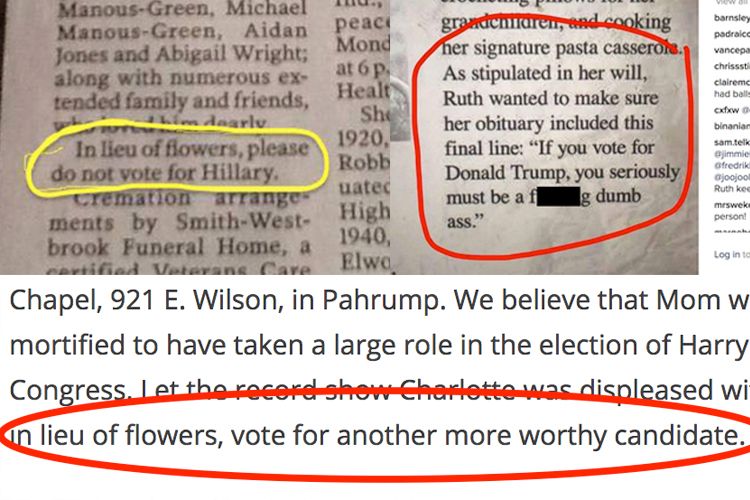 Put a sign on your lawn, slap a sticker on the car bumper, write a 700-word Facebook post — that’s what amateurs do. If you really want to express your political thoughts and tell the world how to cast their vote, do it in an obituary.

These people used their grand goodbyes to get one last word in regarding elections. How can you argue with that? 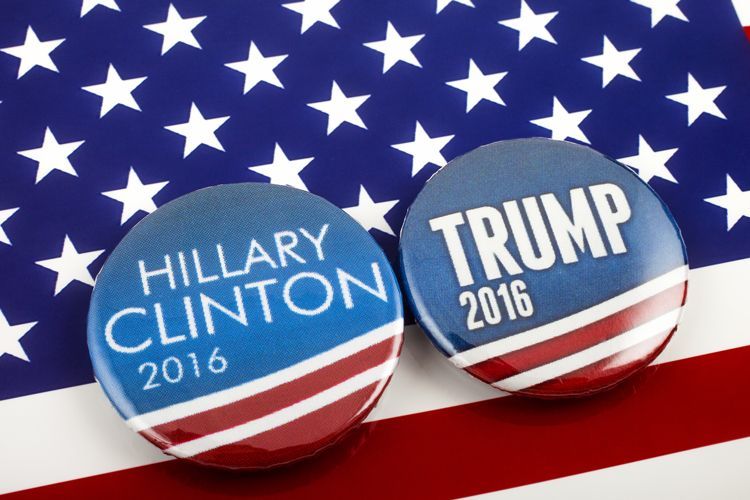 The 2016 election is one of the most unusual and unpredictable, which is why it totally makes sense that a few ex-voters used their obituaries to try and sway the nation. 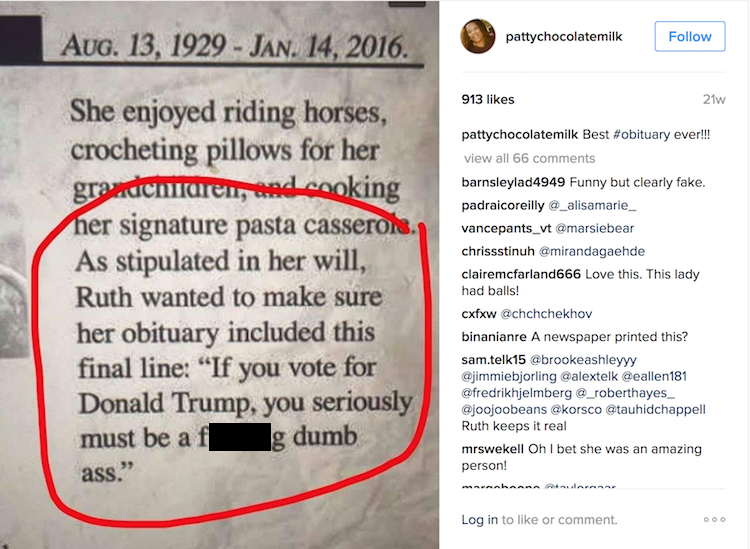 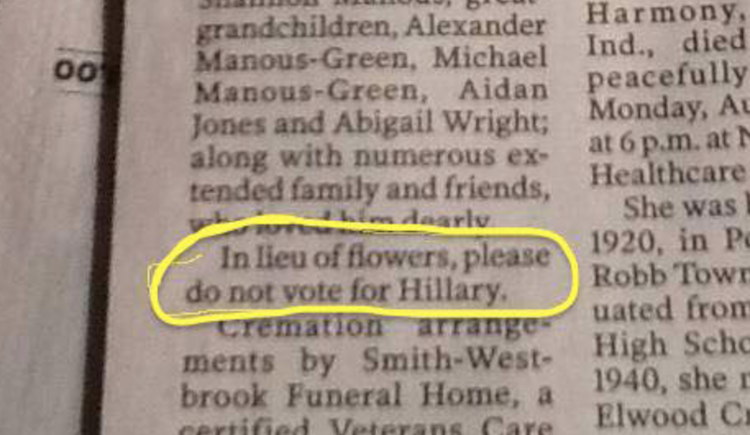 Richard Buckman and Elaine Fydrych would probably have gotten along well as both obits included a note, “In lieu of flowers, please do not vote for Hillary.” For more on anti-Hillary obituaries, and there a plenty of those, check out this Townhall article. 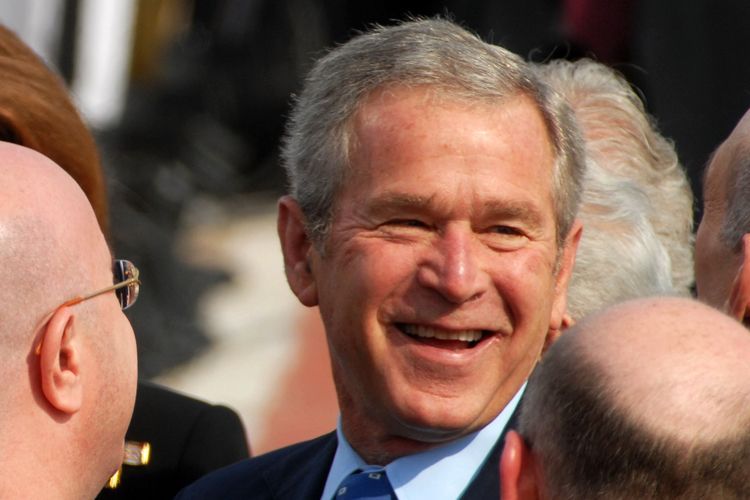 Flowers wilt, but a president lasts four (or eight!) years. The obituary for Joseph B. Rogers III ended with, “The Family asks Memorials be made to Joe by voting for George W. Bush.” 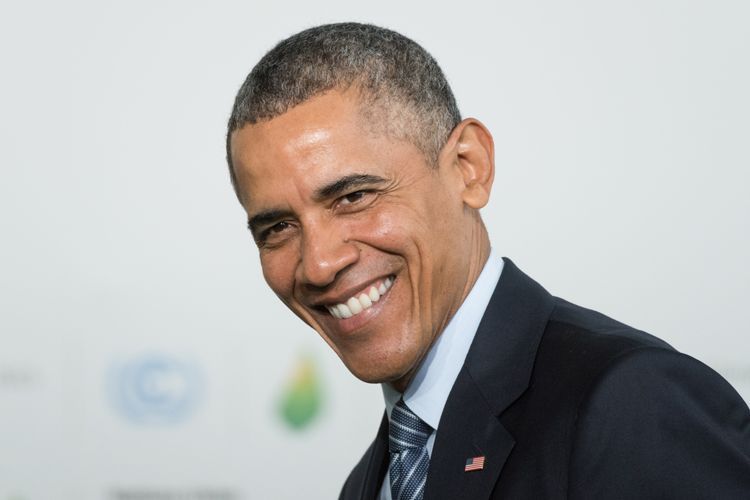 Some folks in heaven are probably ticked off that their last wishes were not carried out by the entire country. Don Unsworth’s obituary included the instructions, “In lieu of flowers the family respectfully asks that donations be sent to the American Cancer Society, or to the campaign of anybody who is running against President Barack Obama in 2012." Several others also advised people to support anyone besides the incumbent president. But according to the Wall Street Journal, Obama had more support from the dead during the the 2008, in which, “at least a dozen death notices appeared in The New York Times with messages of support.” 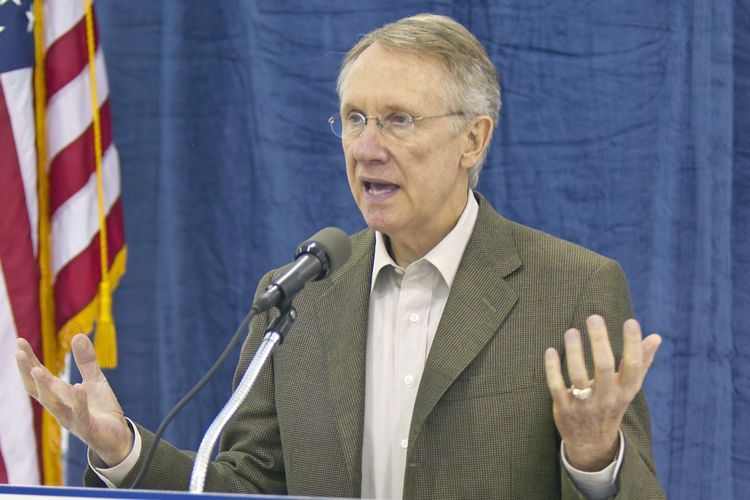 When Charlotte McCourt passed away in 2010, she wanted everyone to know she screwed up. Her obit read, “We believe that Mom would say she was mortified to have taken a large role in the election of Harry Reid to U.S. Congress. Let the record show Charlotte was displeased with his work. Please, in lieu of flowers, vote for another more worthy candidate.”

Leaving The Country… And The Entire Planet 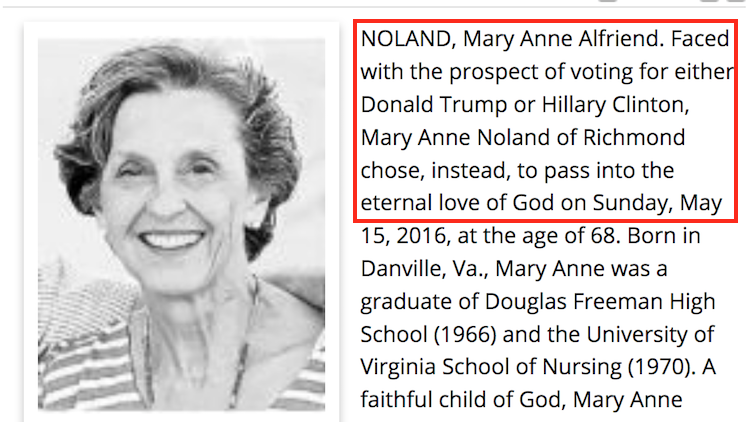 This year, Mary Ann Alfriend made headlines when her obit in the Richmond Times-Dispatch stated, “Faced with the prospect of voting for either Donald Trump or Hillary Clinton, Mary Anne Noland chose, instead, to pass into the eternal love of God.” And you thought moving to Canada was an extreme option.

What Do You Think: Is supporting or bashing a political candidate a worthy use of obit space or does it tarnish the late person’s legacy? Let us know what you think here.