What Happens If A Person Dies With Multiple Wills?

Being an overachiever in life can be a good thing, but you should only have one Last Will and Testament. 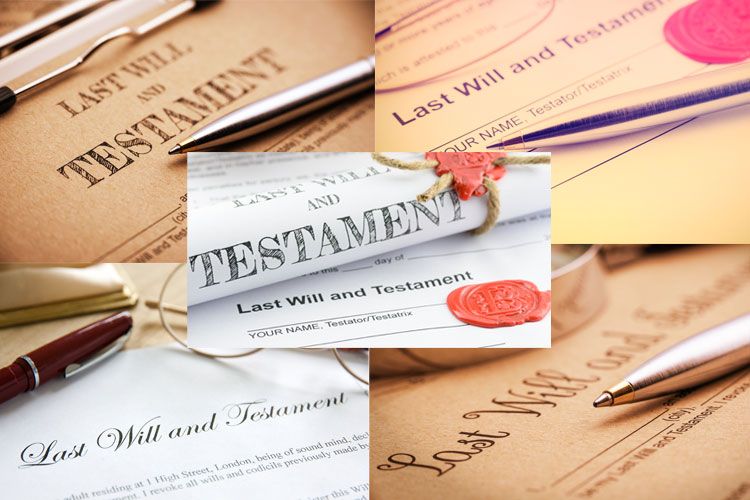 If there’s one thing we can’t stress enough, it’s the importance of having a Will. And yet, more than half of all people in the United States don’t have a Will. Clearly, that’s something we’d love to correct.

But what about the other side? What about those who have Wills in unusual formats or, in some extreme cases, have multiple Wills? Well, those introduce a whole new slate of issues. These situations raise questions of authenticity, legal veracity, and even chronology – all of which can impact someone having their final wishes carried out.

What Is A Holographic Will?

Despite its name, no, a Holographic Will has nothing to do with futuristic tech allowing you to beam into a room and declare your Last Will and Testament. A Holographic Will refers to a handwritten Will that wasn’t prepared by a legal representative or service.

This can present problems in that it’s often very easy to question the Will’s validity. For example, when media icon Larry King passed away in 2021, he left a Holographic Will intended to supersede all other Wills and documents. As you can imagine for someone divorced seven times, this proved to be problematic, and resulted in King’s eighth wife Shawna taking King’s son Larry Jr. (with ex-wife Annette Kaye) to court to contest the Will.

What About Multiple Wills?

Another problem Holographic Wills present: If a clear chronology isn't established, a person could die with multiple Wills. Iconic New York fashion photographer Bill Cunningham, who died in June of 2016, drew up a Will in 1993 and then another in 2010. The 1993 will was apparently filed for “safekeeping,” but was amended substantially in the 2010 version. However, since most of the people named in Cunningham’s original Will had passed away as well, there was little cause to push its authenticity and the 2010 will won out.

It wasn't so tidy for R&B legend Aretha Franklin. When she passed away in 2018, her family uncovered two handwritten Wills in a locked cabinet in her home from 2010, and then a third Will underneath some cushions from 2014. During a trial in 2021, which Franklin’s sons were contesting the validity of the handwritten Wills, an apparent fourth Will was unearthed, further muddying the proceedings.

So while there is no clear cut “yes” or “no” answer, the clearest indication is that the more organized, specific, and verifiable your final estate decrees are, the easier it will be to carry out your wishes. Clarity and specificity are your friends, and if you need to create a new Will shred all previous ones.