The Identity Crisis of the Patient

One of the most difficult things to get used to after my mom’s cancer diagnosis was the identity crisis that ensued. 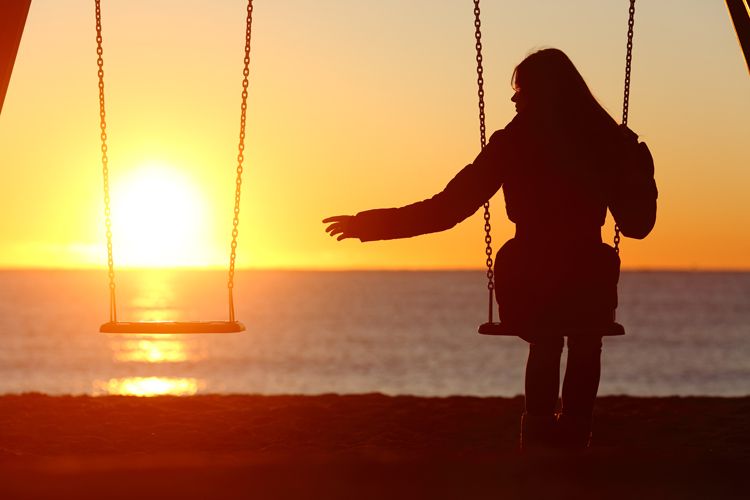 Because when my mom was diagnosed with cancer, she was quickly stripped of her sense of self. It felt like whoever she was—whatever made her her—was swallowed up by a new identity: Patient.

This new Patient identity ushered in a whole slew of undesirable things, such as fatigue, sickness, dependence and depression. My mother stopped reading the newspaper. She stopped watching TV, talking on the phone and finding enjoyment in simple pleasures, like going out to lunch with friends—things she used to do before she was sick. Her illness was all consuming, both mentally and physically.

She could have given into this new identity completely. On some days, when she was feeling too weak and sick, she had no other choice. In the beginning, as I watched her involuntarily succumb to the identity of Patient, things felt foreign to me. She felt foreign to me. She was no longer the boisterous mother I’d known, excited to hear about my day and eager to spend time together. She wanted me nearby, but it seemed the only thing she wanted to do was sleep.

But on other days, in her own way, she pushed back against the forced identity of Patient.

After my mom started chemo, she was determined to go to work whenever she felt healthy enough to do so. I remember wondering why in the world she cared so much about going to work when she was fighting for her life. But now I realize that going to work allowed her to preserve something that, for her, was a vital source of strength. For 20 years my mother worked as Registrar at my high school, and like many people, her identity was wrapped up in her career. To throw in the towel after two decades would be giving even more to a disease that already had her in its grasp. Preserving this part of her identity gave her strength to endure her illness day-to-day. She still had something that was her own and existed outside of her role as Patient; she wouldn’t let cancer take that away from her.

A week before my mother died, her memory and lucidity began to fade and she asked a zillion questions. Where was her water glass? Did I write the mortgage check this month? Her last question before she stopped talking all together was, “What is the date?” And when I answered, “January 17th,” she replied, “Oh good, I made it to my last pay check.” At first I thought it was about the money, but I think my mom felt a small personal victory, knowing that she never had to officially resign from her job. She never lost that part of her identity to cancer.

But after she died, I could only remember her as Patient. Images of her bald and sick, depressed and tired flooded my memory, as though her 10 months of agony were happening all over again. It took a couple years for me to easily conjure up memories of her before she was sick, to dream about what she was like before cancer. But when I reach back, when I look for the real her, there she is, even when she was the Patient, fighting to go to work, relishing her final paycheck, and peeking out over the walls of her Patient identity, reminding me of who she really was.