The Elderly Will Outnumber The Young Much Sooner Than You Think

By 2030, there will be more people over 65 than children under 15 in many countries. 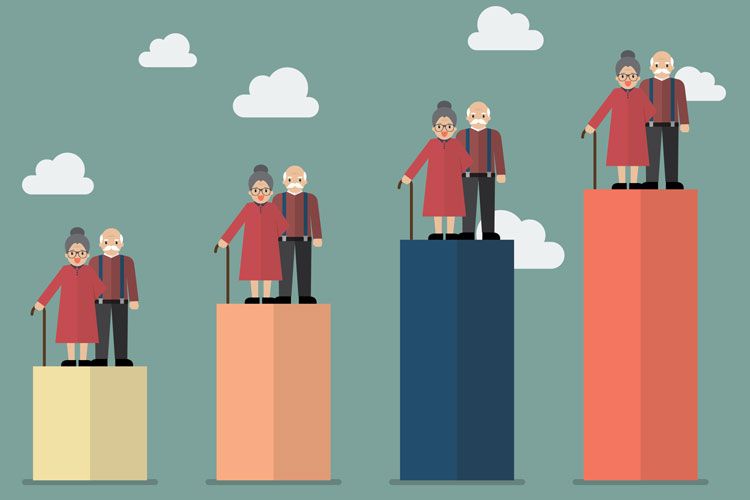 With better health care we live longer. Good, right? But here’s the flip side. In more and more countries, the elderly will soon outnumber the young. In some it has already happened, beginning with Italy back in 1995. Joseph Chamie, former head of demographics research for the United Nations, says the U.S. will hit this milestone in 2025.

Chamie explained to Bloomberg Markets that with too many retirees and too few workers, an economy is under great strain and calls it “the jump from a Toys ‘R’ Us society to an Olds ‘R’ Us one.”

Back in 1950, the ratio of working-age people (defined as age 15-64) to over-65s – what Chamie refers to as the Potential Support Ratio, or PSR – was about 12 to 1 worldwide. Today it’s down to 8 to 1, and by 2050 it’s projected to sink to 4 to 1. In less developed countries, where the median age tends to be lower, PSRs are generally higher, but they too will see declines in the coming decades.

Why? It’s because of “significant declines in fertility and mortality and impressive gains in human longevity,” Chamie reports.

As the percentage of the population contributing to the economy decreases and an increasing proportion are collecting retiree benefits, the economic consequences are severe. How can countries counter this effect?

They can encourage people to have more children, as Italy has, as well as welcome immigrants, who add to the working-age population.

They can also raise the retirement age, as the American social security system and many U.S. companies have done. Over the past five years, 80 percent of the more developed nations have increased their statutory retirement age and/or modified pension systems and reduced benefits. These changes will only become more urgent as populations continue to age.

[via Bloomberg Markets and YaleGlobal Online]