“My family didn’t talk a lot about death and I wanted to have a relationship with this part of life.” 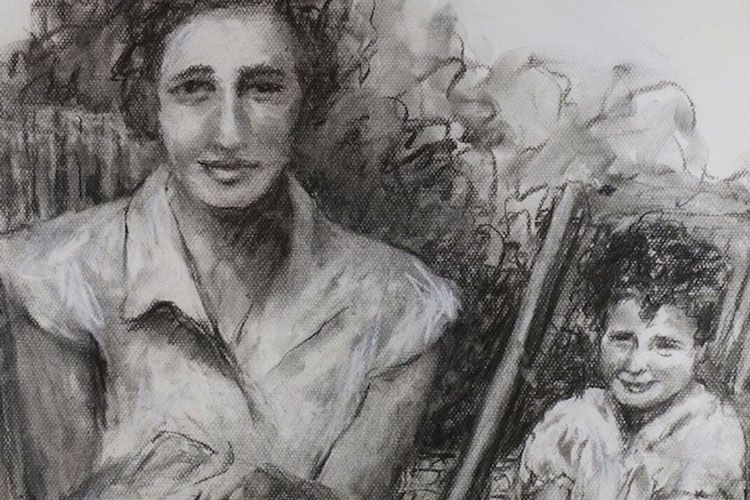 Dr. Jeannie Blaustein set out to confront a topic that makes most people want to leave the room: Death. She worked in hospice care and became a clinical psychologist, obtaining a Doctor of Ministry degree in pastoral care. Part of her inspiration was her mother Nancy Patz, an artist who never fully dealt with her mother’s death 50 years prior. 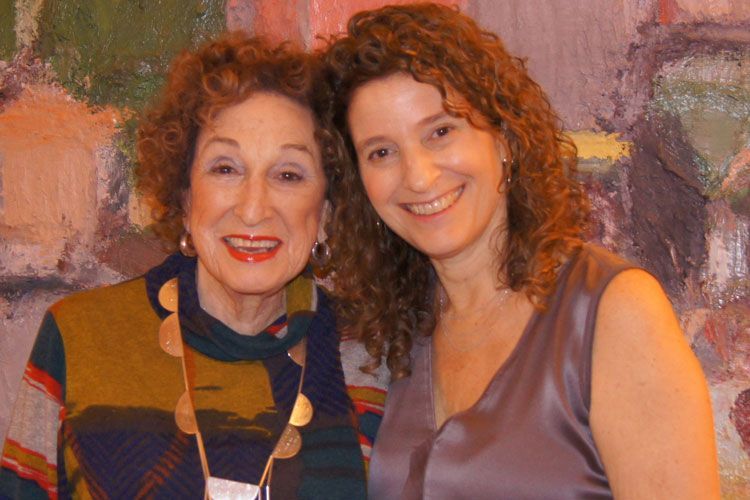 A few years ago Jeannie heard about a digital challenge being held San Francisco, which was hoping to confront facing end of life issues in a new, modern, and less sad way. For example, redesigning the sounds of medical machines so they’re not clinical and terrifying. She attended the first Reimagine End of Life festival and fell in love with the spirit of the event. “There were hundreds of people of all ages,” she recalls. “It was very loving and open so I wanted to bring it to New York.” She did just that by becoming the Founding Board Chair of Reimagine End of Life, which is a weeklong festival that runs from Oct. 27-November 3.

“Our collective aversion to talking about death, grief and loss has created generations of people who are largely illiterate when it comes to thinking about these issues and preparing for end of life.”

Jeannie explains that every human is programmed to survive, and part of that is shutting out death. “If we worried about all the things that might befall us it’d be hard to get out of bed every morning. Our culture also has become crafted to syphon death off. We airbrush aging and illness out of photos. We put elders off in homes and hospitals. We don’t see people die like we used to and we’re culturally committed to keeping it that way. We have created a culture to deny this arc of our lives.” 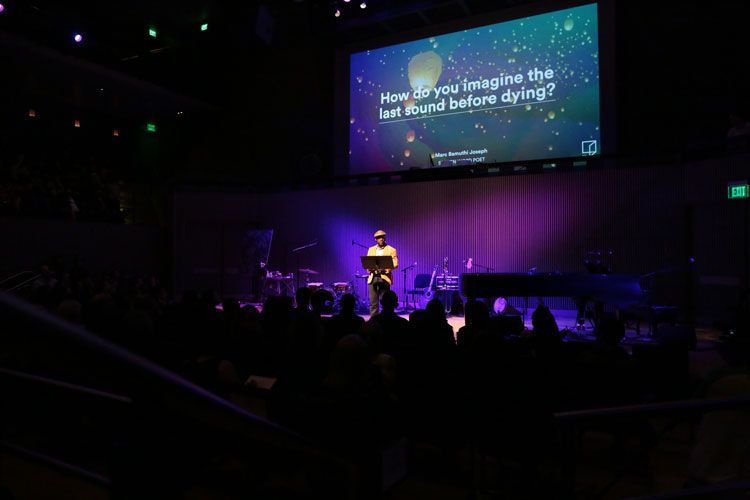 The result of Reimagine in San Francisco left Jeannie with the feeling that people are open and willing to discuss death if approached in a creative and less sterile manner. The main goal, she says, is to change the conversation… or at least start one.

While she’s hoping to inspire a large scale change in culture, it all starts with one conversation. But what if people don’t want to talk about it? What if they still find it too depressing? Does a person have to be impacted by a death to finally realize the importance of talking before it’s too late?

For some, she says, they need to cross over some rubicon. They may have been through a mess of some sort, or had a shift in consciousness that affects a part of their lives. Advance Directives, which is a combination of a Living Will and naming a Health Care Proxy, are an important aspect, but she’s certain of one thing: “The worst situation is to have to figure stuff out in a crisis. We know people are going to die and illnesses have trajectories. At a certain point there’s a time when those options disappear. Our hope is to upstream those conversations [before a crisis happens].”

Starting From The Beginning

The success from the San Francisco event was encouraging, which hosted a wide demographic of attendees split evenly among every age group, has inspired confidence in its New York premiere. Even the pillars on which it’s based make it feel more alive and invigorating: Health, Arts, Spiritual/Religion, and Technology/Design. It feels almost like the lineup for a TED Talk. (Or shall we say, DEAD Talk? No, we shouldn’t. Because that’s just terrible.)

To help people wrap their heads around it even more, there are three themes: Wonder, Preparation, and Remembrance. “We try to create opportunities and spaces to enter into the mystery of death, as well as the preparation and conversation about care and logistics, followed by remembrance and grief and legacy,” Jeannie explains.

“It’s Not About Death. It’s About The People Who Will Live After.” 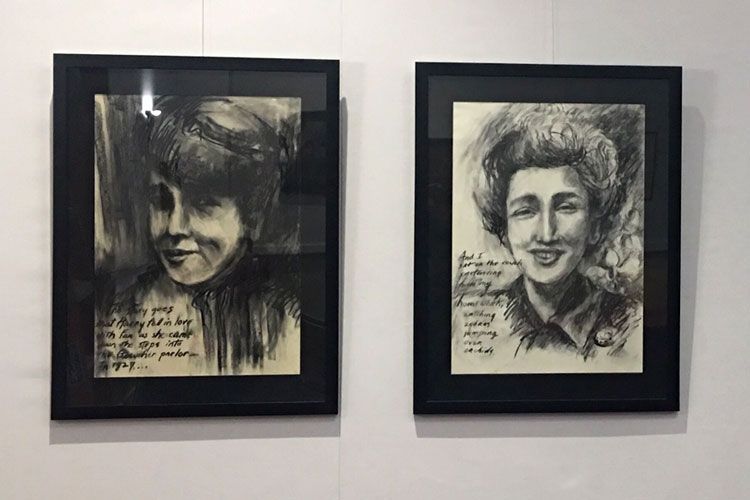 When asked how Reimagine as a whole keeps this from getting too sad or morbid, her mother chimes in enthusiastically. “The bill of fare is attractive and varied. There’s theater, dance, and multi-generation people having a ball.” Ideally, by attaching these positives to something many might perceive as a negative, it creates an emotional bond that makes them want to act on it later.

It took Nancy more than 50 years to finally acknowledge and deal with the grief she buried when her mother died. “I was 17 at the time, my father was grieving and I went on with my life and didn’t touch it for 50 years.” It wasn’t until she went back to painting she started to unearth emotions she never faced.

“I went back to painting and painted about my mother,” she recalls. Nancy went searching through photo albums and the memories were right there. A trip to Washington, how they had hot dogs every Sunday night, and the poems she had written. “I started an abstract painting and when it’s turned upside down there was the red jacket my father bought for my mother on our last trip.”

“I felt a connection with my mother that I didn’t feel before,” she says. “What’s been moving to me is at least one of [the paintings] is her looking as if she’d gotten older.” This idea that Nancy could “reimagine” what her mother would look like, and what their relationship would have been if she had more time, has been a source inspiration for the exhibition aptly titled “All About My Mother” that will be on display in NYC.

“I feel really fortunate to have witnessed my mother go through the process because there wasn’t a space — familial or cultural — to do that when she was a teenager,” Jeannie says, admiring her mother’s courage, strength, and honesty. “My hope is that every inter-generational family will have the safety and courage to step into the challenging and sometimes turbulent waters of end of life conversation and planning. In the end, it makes for so much more richness and connection. And of course, ease.” 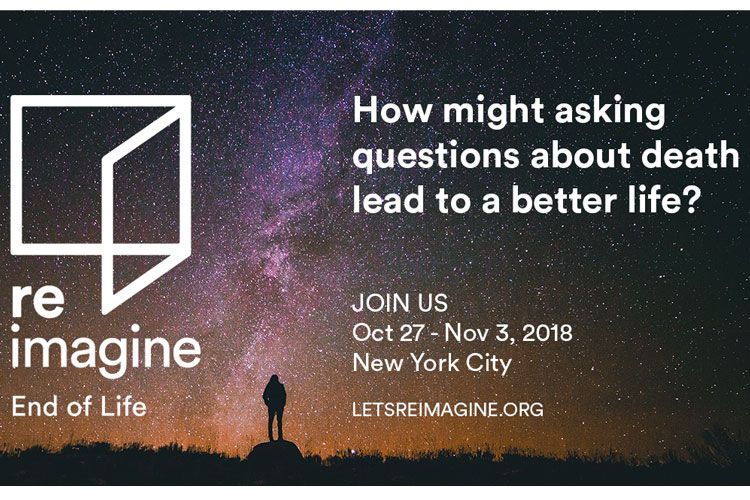 Reimagine End Of Life “a week exploring big questions about life and death” will be held in New York City from October 27- November 3.

Use this discount code for 20% the closing night event “How does it end?” The finale will feature performances by Chadwick Stokes & Brad Corrigan of DISPATCH, L'Rain, Laurie Kilmartin, Brad Wolfe and more.