No R.I.P. For Superheros: How Funerals Are Handled In Comic Books

There’s no such thing as a simple goodbye for superheroes… 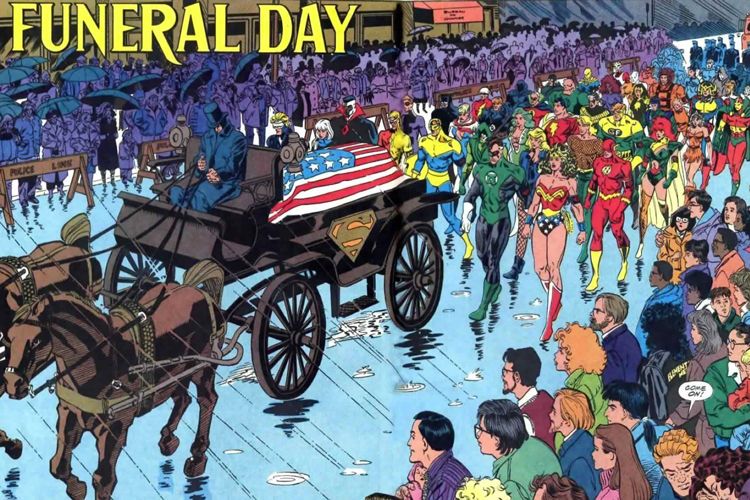 Recently, Marvel announced they’re killing off one of their most popular characters… X-Men’s age-defying, claw-bearing Wolverine! While this may come as a shock to some, to many who follow comics and comic-based movies it’s just another iconic superhero flirting with the great beyond.

The world of super-powered crime-fighters is fraught with peril, and sometimes even the most powerful succumb to the dangers and fall in a valiant effort to save the world, right a wrong… or, not to be too cynical, boost sales and garner media attention.

Just like soap operas, nothing in the world of costumed crusaders is ever simple, so it’s no surprise that even superhero funerals often serve as more than just opportunities for friends and family to say their goodbyes. Here are some ways in which memorials are manipulated…

The Funeral As A Classic “This Isn’t Goodbye, It’s See You Later” 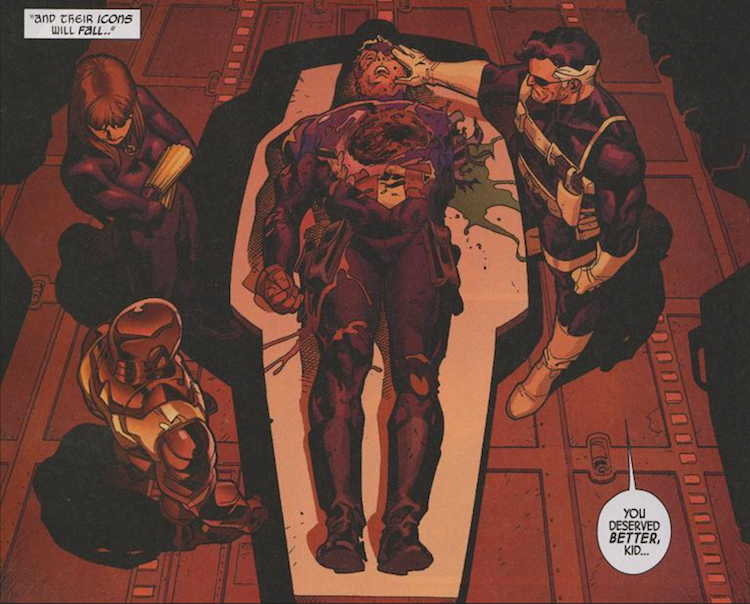 There used to be a joke among comic book fans that “nobody stays dead except Bucky” (a reference to Captain America’s old Robin-esque sidekick who actually remained dead for many, many years before, yes, eventually being resurrected, too). So funerals are often time-delayed plot bombs – the ticker is set, and we count down to that character’s inevitably explosive, emotional return. [Photo Source: Marvel] 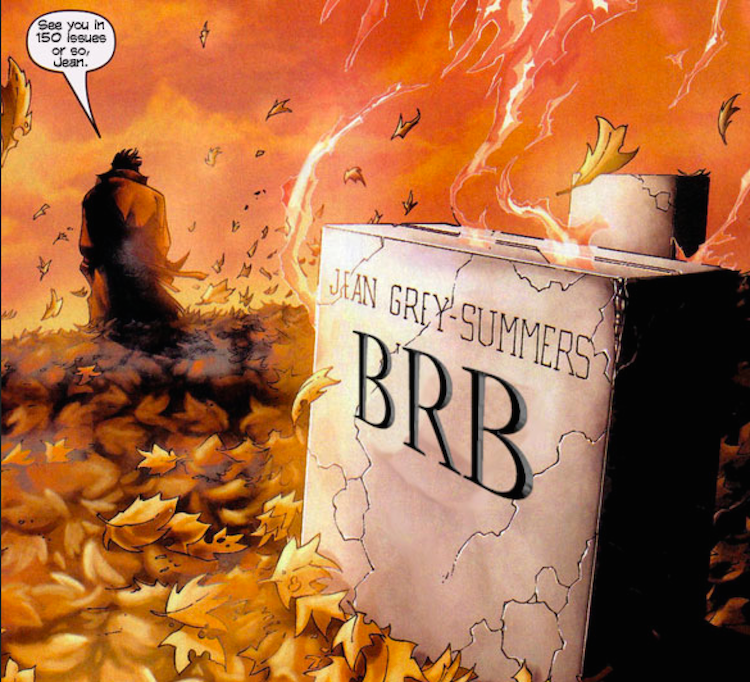 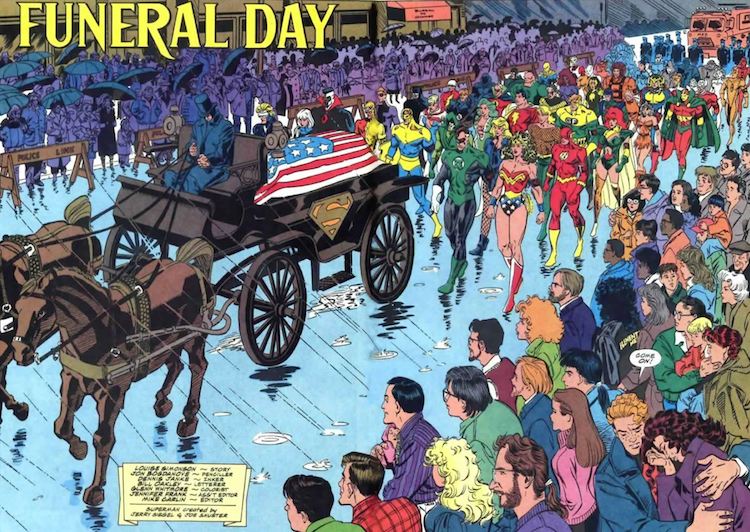 The Funeral As Motivator 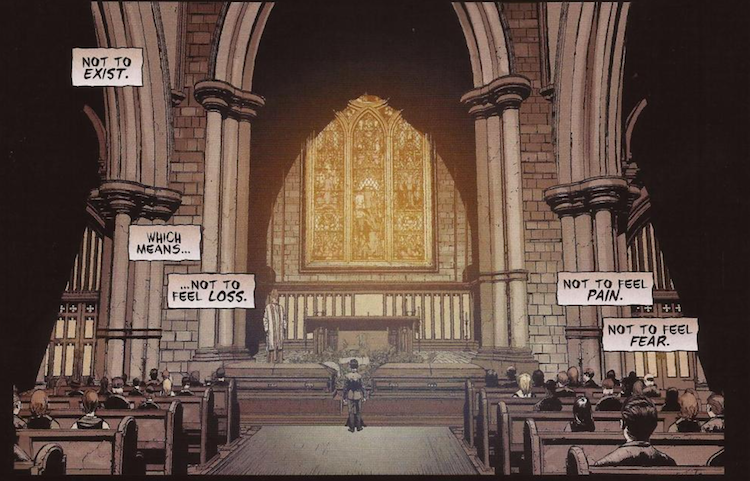 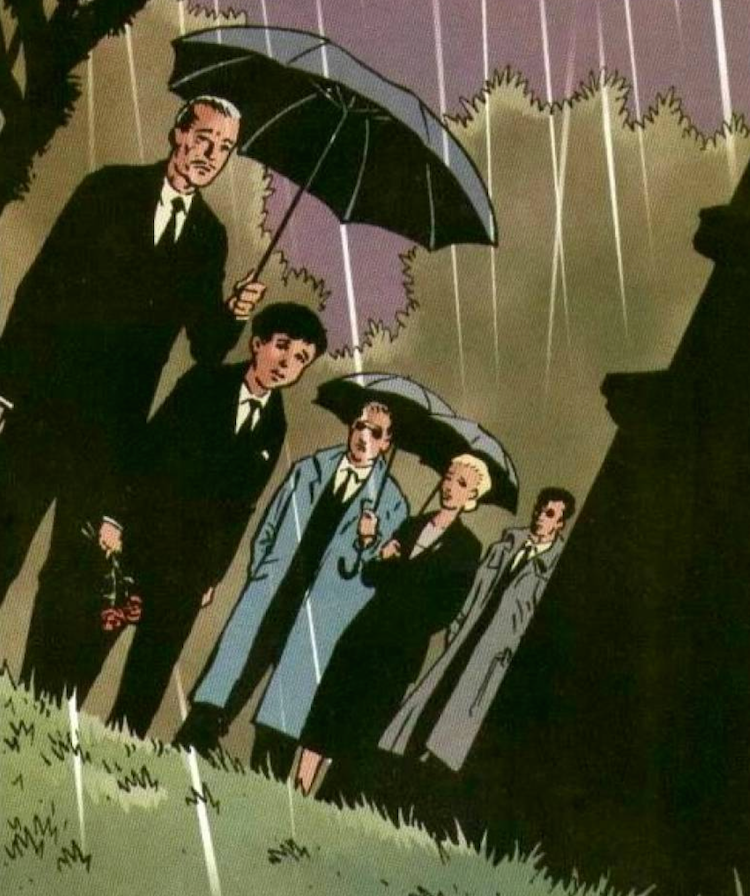 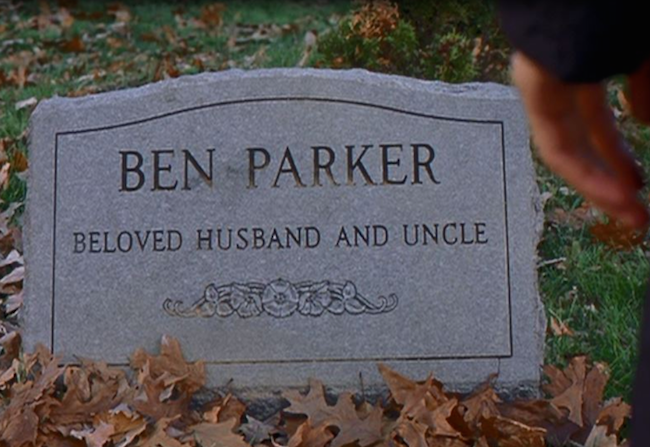 The Funeral As Origin Story 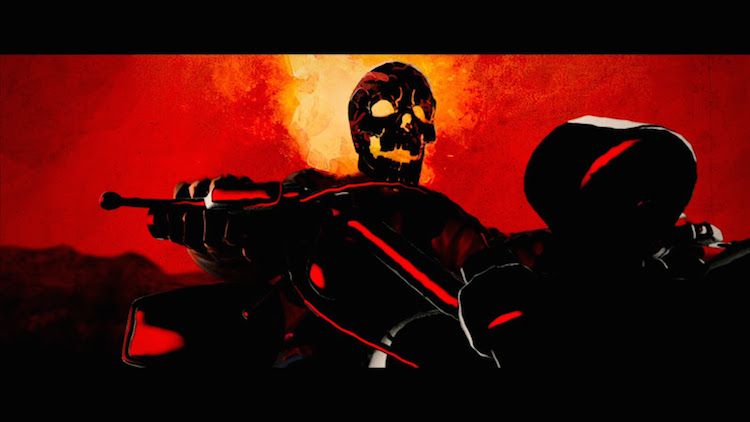 Death is rarely an absolute ending in comics, but in some cases it's literally the beginning of a hero’s journey rather than the end. Even damnation isn’t a hindrance – witness characters such as Spawn or Ghost Rider. Both start out as relatively (well, in a comic book world anyway) “normal” guys. [Photo Source: Sony Pictures Home Entertainment] 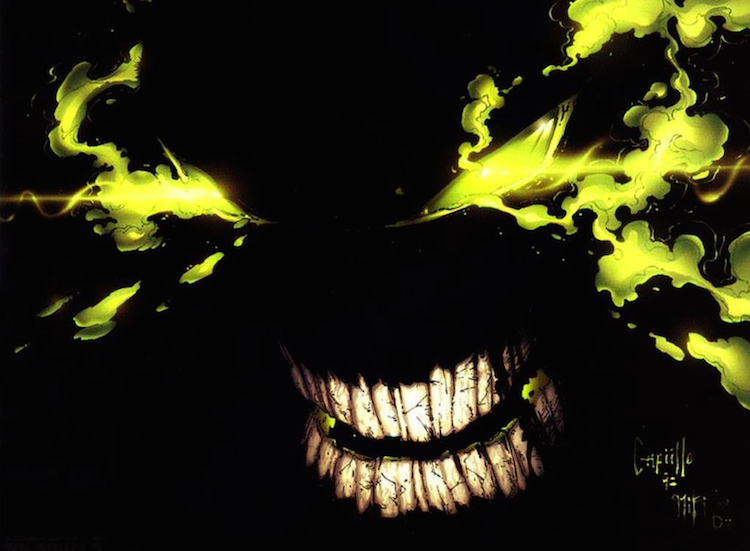 The Funeral As The Start Of A Mystery 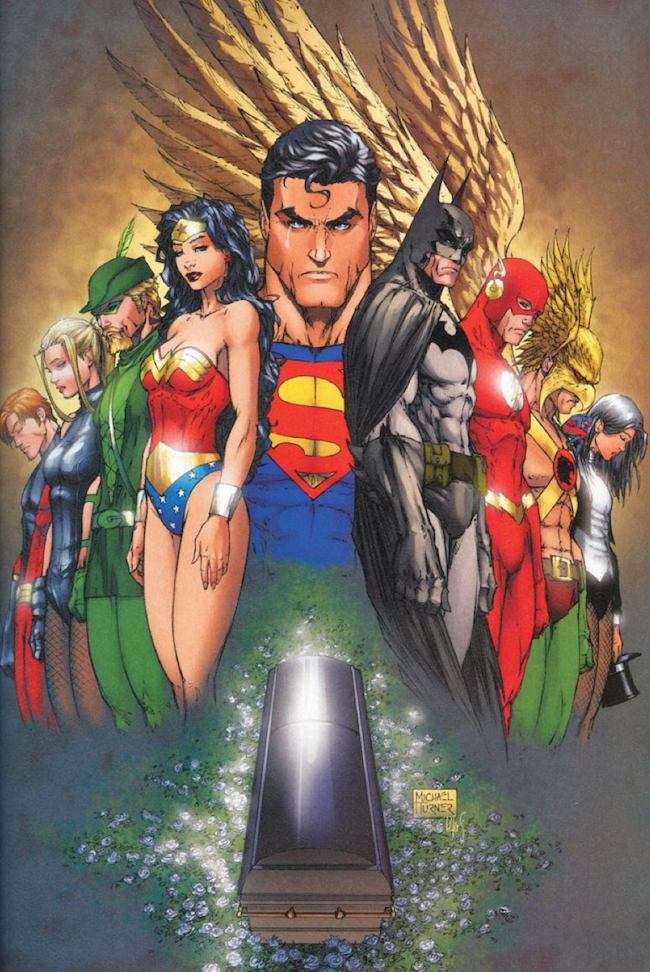 Comic books have their roots in old pulp paperbacks, and as everyone knows all great noir is fueled by wrongful or mysterious deaths. (“Funeral plots?”) So when someone close to a group of heroes dies suddenly, it brings out the sleuth inside all the capes — “DC” does stand for “Detective Comics” after all. The Justice League gathered at the funeral of Sue Dibny — wife of the hero Elongated Man — in 2004’s “Identity Crisis” series, which sent Superman, Batman, Wonder Woman, Green Lantern et al on a dark journey of not only Whodunit but Whydunit. It took the usual “POW!” “BIFF!” storylines and made it introverted and emotional, stirred on by the funeral of someone who was, by all accounts, simply an innocent bystander. [Photo Source: DC Comics]

The Funeral As A Final Act Of Defiance 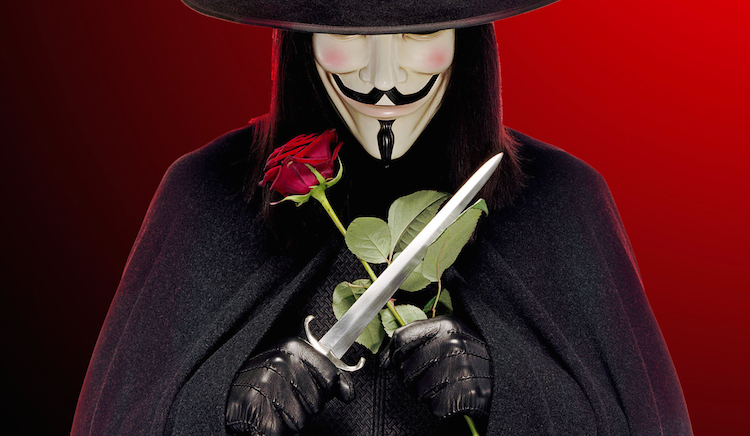 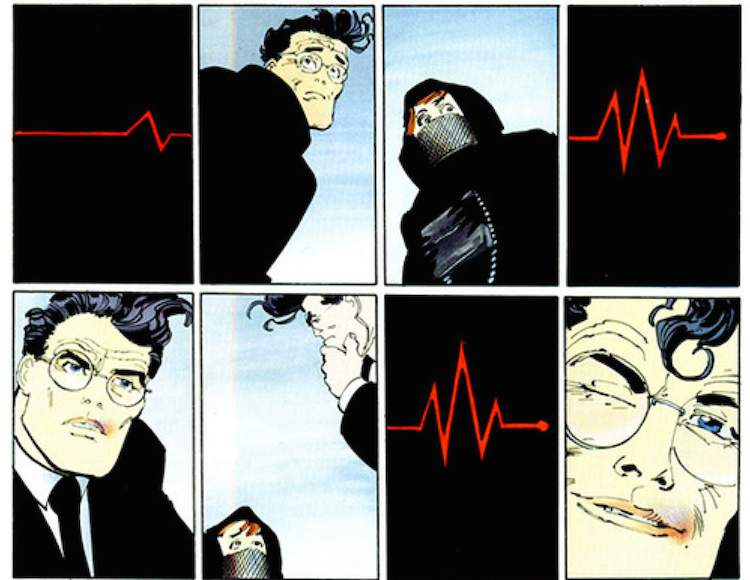 In Frank Miller’s The Dark Knight Returns, aging Bruce Wayne must convince a government-controlled Superman that he is dead in order to continue his resistance underground… and goes so far as to temporarily stop his own heart and have himself buried six feet under. Superman’s super-hearing catches the faint return of Bruce’s heartbeat at the funeral… but he winks at Batman’s sidekick Robin and takes off, willing to let his old rival continue his struggle unimpeded. [Photo Source: DC Comics]