My Grandma Died on FaceTime

Last week I was at my desk when I received a group text from my mom: “My mom just died.” Followed by: “I was with her on FaceTime.” 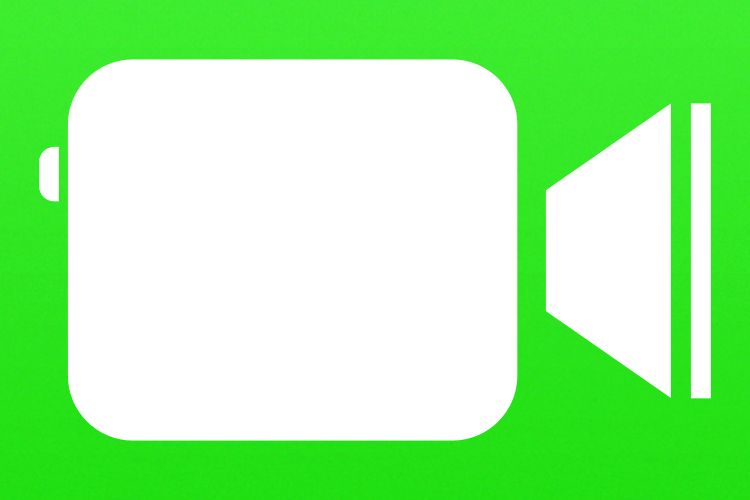 And then my sister replied angrily, “oh my god MOM how did you just text us that??? oh my god.” (She was clearly upset to find out our grandma had passed away via text.)

My aunt was with her when she died and facilitated the FaceTime call. Here’s an excerpt of the events as they happened.

I called my older sister Karen on FaceTime and said you need to see mother. I aimed the camera at mother’s face. The nurse put her fingers on mother’s pulse and announcing the time of her death said, “2:14.” Karen started crying “mother, mother, mother.” Apparently, seeing and hearing Karen, mother roused from death and took a few more breaths. The nurse pronounced her dead for a second and final time at 2:18pm, Wednesday, October 2, 2013.

My sister saw my 95-year-old mother take her final breath on FaceTime.

The technological death didn’t end there, as my aunt explains how she arranged the funeral and contacted everyone in the family within 4 hours.

I group texted my two brothers and two sisters while the funeral director called the rabbi and asked if we could have funeral on Sunday to give the others time to fly in from places all over the map.
Sunday?  Yes.
10am? Yes.
Graveside ceremony? Yes. Plain pine box? Yes.
Limousines for the family?  No.

While funeral preparations were being made, I was tasked with helping to coordinate her profile for an online tribute service, emailing back and forth between all five of my grandmother’s children for approvals, and e-notifying everyone we knew with the ceremony details. I used this photo of her, which perfectly encapsulates her sweet and upbeat personality: 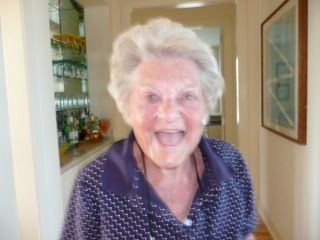 I also posted a link on Facebook and had my family members do the same to spread the word to those who may have fallen out of touch. Even at the funeral technology played a part as my cousin, who lives in Japan, was able to be present through the entire ceremony via FaceTime.

Technology had seamlessly ushered my grandma from this world and allowed a family scattered all over the country to organize, plan and grieve as one. Video calling apps, texting, social media, websites, and computers haven’t made death any less painful, but it has made coordinating with loved ones much easier.