My Friend’s Mom Is Dying, And All I’ve Got Are These Stupid Problems

When dealing with hardship, it can feel good to console someone else for a change. 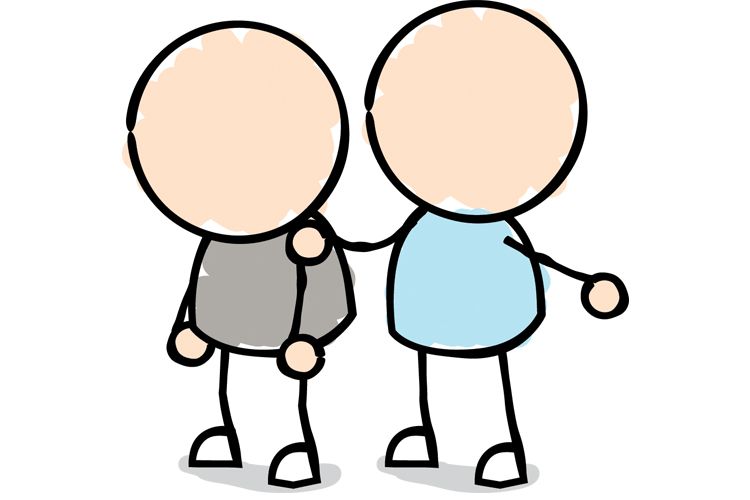 When someone is dealing with a significant hardship, like death or caring for someone who is dying, the natural inclination may be to give that person space. And sometimes, that’s exactly what the person needs, especially in the beginning when she’s trying to make sense of the emotional avalanche that just landed on her plate. Sometimes, offering space can be a way of offering compassion.

But sometimes, space is not the answer.

When I was caring for my mother after her cancer diagnosis, some people gave me space when it was the last thing I needed. In an effort to be compassionate, certain friends didn’t come to me when they were experiencing difficulties of their own; they gave me space. Perhaps they thought their pothole-sized problems seemed too trivial compared to my crater of a hardship. Better to wrestle with the issue privately, they must’ve thought, or bring their troubles to someone else.

And I completely understand this response. Having been on both sides of this dilemma, I know it’s not easy to know what to do. Not only can it seem trivial to bring up your issues with a friend who’s going through a hard time, it can feel selfish, self-centered, or insensitive. Especially when you’re in a small squabble with your parents, and your friend’s parent is battling for her life.

However, I’m here to tell you that those of us dealing with hardship craters want to hear about your potholes.

Being able to lean on friends, cry to friends and vent to friends helped me soldier on when times were tough. And being able to be there for my friends, to listen to them vent, helped me maintain a certain level of normalcy in my otherwise upside-down world. One of the largest discomforts of dealing with death is adjusting to the new normal: new fears, schedules, unknowns, etc. If the people you love start acting differently as well, that’s just another discomfort to add to a very long list. Being able to rely on business-as-usual friendships can be extremely reassuring.

I think it’s important to remember that our problems don’t add to a friend’s hardship; it’s keeping them a secret that might. Just because someone is struggling with new and potentially overwhelming challenges doesn’t mean the tenor of your relationship with your friend has to change. Allowing her to continue being that friend can be its own form of compassion.

And another thing — it feels good to help someone in need, doesn’t it? When we deal with hardship, it can feel good to console someone else for a change. Takes the heat off us for a while.

If you’re still feeling hesitant about bringing a personal problem to a friend dealing with death, why not simply ask if she feels up to talking about it? I guarantee she’ll give you an honest answer, and the chances are she’ll be grateful. Occasional distraction is a good thing. Her hardship crater isn’t moving any time soon, but she’ll likely be happy to help you cover up your pothole.