Mad Men Makes End-Of-Life Planning Elegant And Personal, As It Should Be

Warning: There’s a major character spoiler ahead. Proceed only if you are up-to-date on the show or don’t care about spoilers. 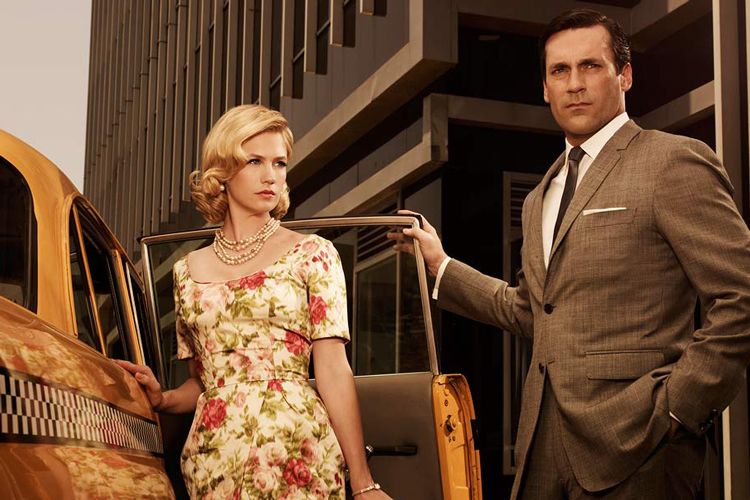 As the popular AMC show Mad Men drew to a close, so does the life of one of its main characters.

Betty Francis (January Jones), the ex-wife of advertising executive extraordinaire Don Draper (Jon Hamm), was diagnosed with terminal lung cancer. Betty has been routinely marginalized and dismissed, but her final storyline proved her character is a woman of poise and grace. 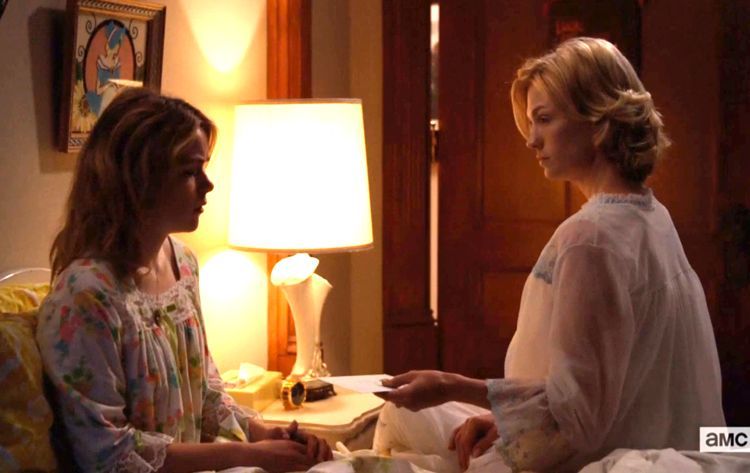 She remained calm, as if she were already at peace, while her husband Henry Francis (Christopher Stanley) freaked out and tried to force her into treatment. He brought Sally Draper (Kiernan Shipka), her eldest daughter, home from school “to talk some sense into her.” What followed was one of the best Betty scenes of the series.

Sally: Henry said you could have a year.
Betty: And what would that year be like?
Sally: I’d be with you. I won’t let you give up.
Betty: I know that. But I watched my mother die. I won’t do that to you. And I don’t want you to think I’m a quitter. I fought for plenty in my life. And that’s how I know when it’s over. It’s not a weakness. It’s been a gift to me. To know when to move on.
<hands her envelope>
Betty: These are instructions. Open it the minute you know I’m gone.
Sally: No!
Betty: Listen to me, things happen very quickly when people die. Henry’s not going to be able to handle things.

Later in the episode Sally read the thoughtful, practical, and sweet letter from her mother. Have some tissues ready. 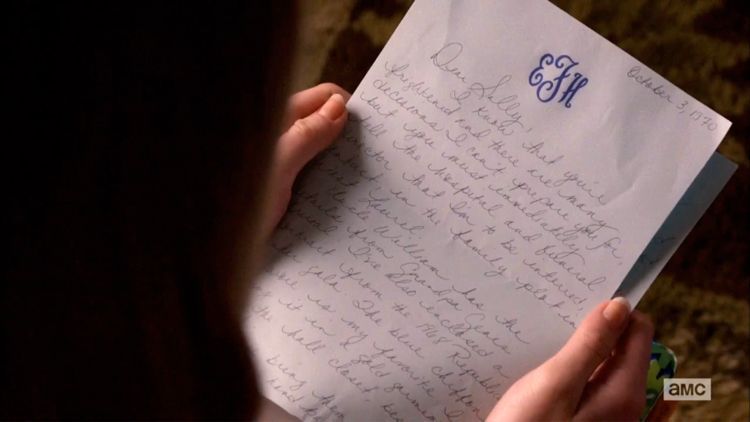 Dear Sally,
I know that you’re frightened and there are many decisions I can’t prepare you for, but you must immediately tell the hospital and the funeral director that I am to be interred, in tact, in the family plot in West Laurel.
Uncle William has the details from Grandpa Gene’s burial. I’ve also enclosed a portrait from the 1968 Republican Winter Gala. The blue chiffon I wore is my very favorite. I hung it in a gold garment bag in the hall closet beside the mink. Please bring them the lipstick from my handbag and remind them how I like to wear my hair. Will you show them the picture?
Sally, I always worried about you because you marched to beat of your own drum, but now I know that’s good. I know your life will be an adventure.
I Love You,
Mom 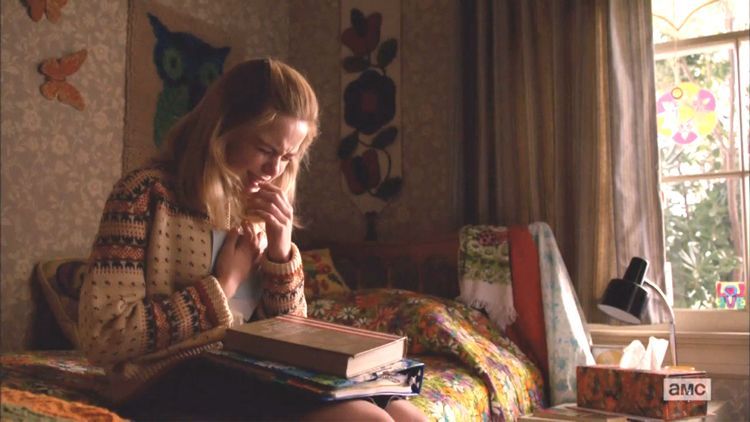