Lessons from Losing My Parents

Guest writer Roz Jonas shares five lessons she learned while coping with the loss of both her parents. 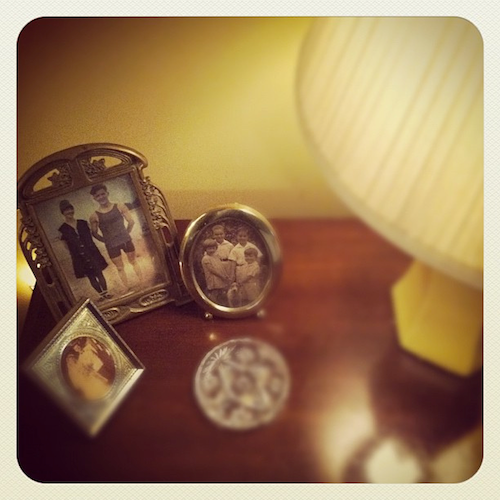 My father died, suddenly and unexpectedly, at the age of 79. He and my mother had lived for almost 50 years in a three-story home that, over time, had grown too large for two people—and then quickly became much too large for just one. My mother lived alone in the big house, but because she did not know how to drive, she was dependent upon me and others for her transportation needs. After a year, she asked for help in selling the house and moving into an independent living facility, the kind of caring community that would meet her needs as she grew older. While she waited for an apartment to become available, she moved in with my husband, our young daughters, and me. Exactly 18 months after my father died, my mother died in our home, just as suddenly and unexpectedly as my father had.

From all of this—experiencing the sudden death of a parent, dismantling a home and a lifetime’s accumulation of treasured items, welcoming an elderly parent into our family, and then encountering death in our home—I have learned valuable lessons.

My father died in a hospital emergency room. The physician who delivered this awful news to my mother and me simply said, “I’m sorry. He expired.” When I found my mother dead in her bedroom, I was obliged to call the police, who must investigate a sudden death before the coroner, and then the funeral home, can be contacted. The police officer who came to our home emerged from my mother’s room and said, “Well, I don’t see a knife or anything.” Only with the passage of time was I able to see these two comments not as thoughtless and uncaring expressions, but rather as reflections of discomfort with death and dying.

Lesson: Do not let the insensitivity of others affect you.

I was so determined to help my mother deal with my father’s death, the end of her 56-year marriage, and the sale of her home and most of its contents, that I neglected to pay attention to my own feelings of grief. I attended to her needs and incorporated her into our family’s life, but I did not pause to reflect on my own loss. By the time my mother died, fresh and accumulated grief hit me like a ton of bricks, and threw me, my parents’ only child, into depression. After months of crying in the shower and the car, formerly the places where I had done my best and most creative thinking, I sought the assistance of a therapist, who helped me to cope with the sadness I felt.

Lesson: Give in to grief, and get help if you need it.

In the weeks and months following the deaths of my parents, after the friendly wave of phone calls and visits and prepared meals had subsided, many well-meaning friends and colleagues—particularly those who had not experienced the death of a loved one—seemed to regard my bouts of sadness as if I’d had a head cold from which I surely must have been long recovered. My husband innocently wondered when we could restore my mother’s room to its former status as a guest room. I felt a kind of pressure to return to normal, but was not yet ready to get there. I felt instinctively that I would know when the time was right—and one day, it was.

My parents, perhaps as a result of fear of change or just simple inertia, had lived too long in their home. Disposing of that house and its contents was a tremendous and challenging task. Which items to keep, which to sell, which to donate? Each thing brought back a memory of my parents, and at times the decision making process was almost physically painful. Thinking back on it now, many years later, I look around my own home and understand that one of the greatest gifts I can give to my own children is to move while I am able, and to downsize all that I have accumulated in 40 years of marriage.

Lesson: Move while you have the energy and vitality to do so.

For many years, I saved those items that I felt connected me in some way to my parents: the hat, watch, and wrist brace my father wore the day he died; the glasses, robe, and slippers my mother set aside before she went to bed and died. I also kept a corner fringe from the prayer shawl in which my father was buried. These objects represented a tangible link to my parents; I kept them first in my home office, and then moved them to storage in my basement, where I kept them in my mother’s hope chest. And then one day, cleaning the basement, I knew it was time to throw them away.

Lesson: Time does heal all wounds.