How 8 Popular TV Shows Confronted The Death Of An Actor

The show must go on, just keep some tissues handy. 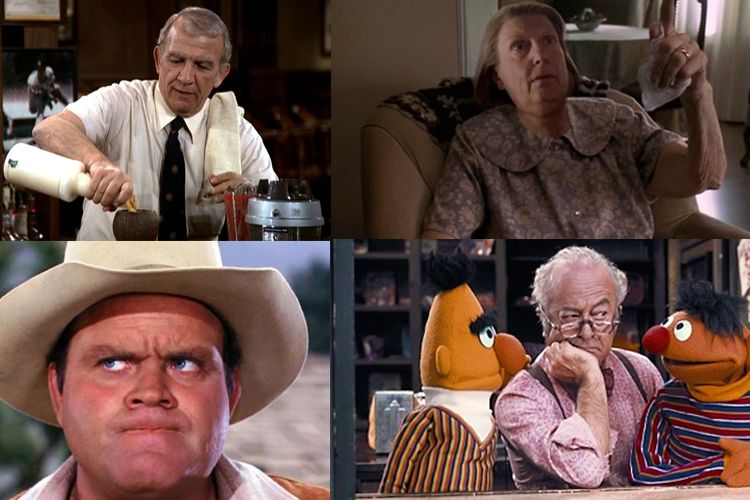 We’ve come to expect TV shows to kill off characters. From cop shows to medical dramas to sitcoms, no one is ever truly safe — but when an actor starring in a series actually dies, it changes everything.

Viewers, cast mates, and producers alike want to make sure the departed is properly honored, leaving everyone with a positive lasting memory. Here’s how some of the most popular TV shows handled the deaths of actors and their respective characters. 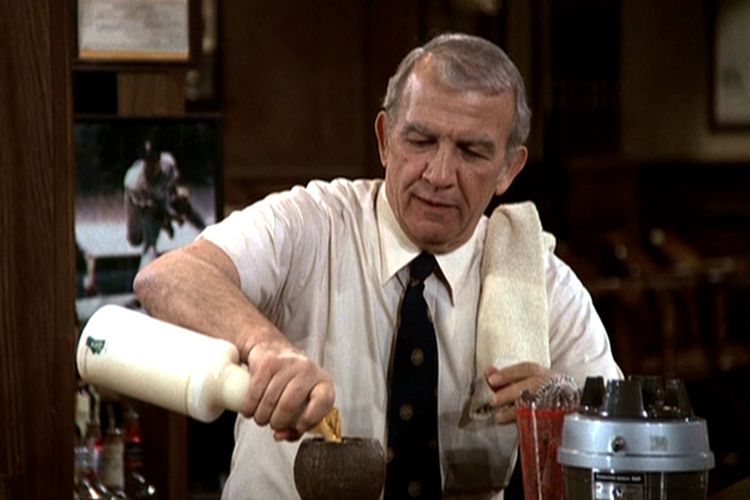 It was obvious something was going on with Nicholas Colasanto during season 3 of Cheers: Between his dramatic weight loss and severely reduced screentime, the affable “Coach” Ernie Pantusso seemed to be fading away right before viewers’ eyes.

When Colasanto died of a heart attack before production wrapped that season, Coach was also put to rest. Realizing there was no better explanation for his absence than the truth, Sam quietly told Diane that “Coach died” in the season 4 premiere.

He was replaced by the similarly simple-minded Woody Boyd (Woody Harrelson), but Coach’s memory was never abandoned. For the rest of its 11-year run, Cheers made affectionate reference to Coach several times, even hanging a photo the actor kept in his dressing room on the wall of the bar set, which Sam adjusted at the end of the finale. [Photo Source: Paramount] 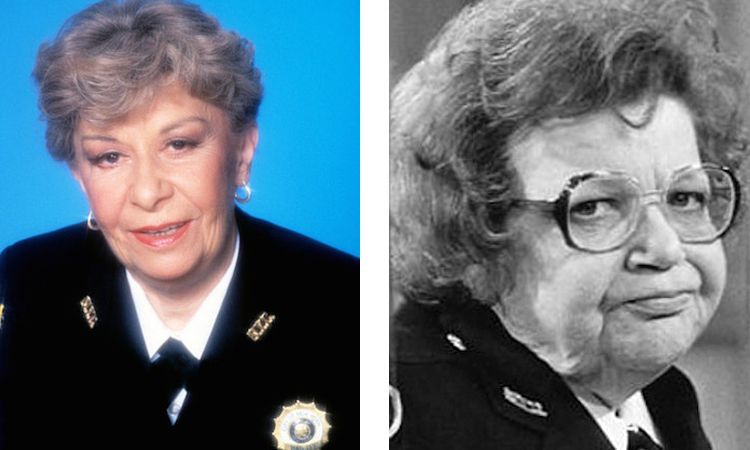 When 64 year-old Selma Diamond died of lung cancer after filming season 2 of Night Court, 62 year-old Florence Halop was brought on to replace her as brassy female bailiff.

Producers weren’t trying to hoodwink audiences into believing Florence was Selma — her death was explicitly addressed in the season 3 premiere, with fellow bailiff, Bull (Richard Moll), grieving the hardest.

Shortly after completing season 3, Florence also died of lung cancer. Having already given Selma a proper send-off the year before, the show’s decision to also acknowledge Florence’s death was surprisingly forthright: In the season 4 premiere, Judge Harry T. Stone (Harry Anderson) admits being more sad about both of their deaths than his mother’s.

As Night Court faced its third casting of the role, producers changed direction with Marsha Warfield, a 32 year-old comedienne with killer deadpan who remained on the series until its finale in 1992. [Photo Source: Warner Home Video] 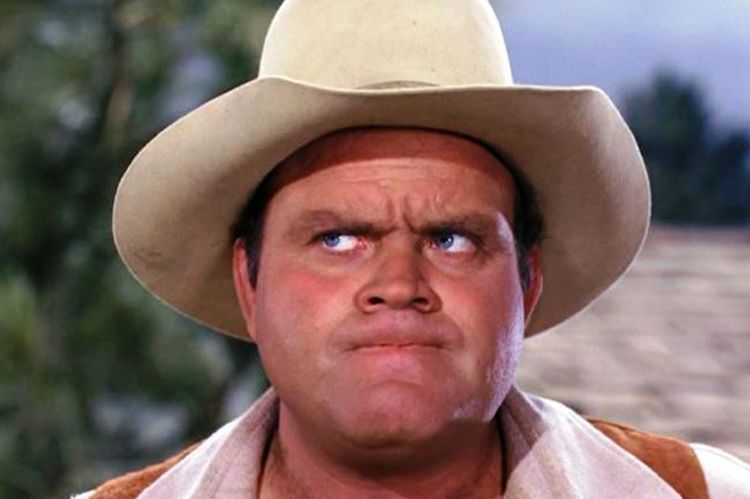 Widely regarded as the most beloved player on Bonanza, Dan Blocker’s unexpected death just before the show’s 14th and final season couldn’t go unmentioned. But if fans expected the series to face Hoss’ death with the courage of a cowboy, they were in for some disappointment.

Leery of an hour-long grief-fest, the final season was peppered with not-so-subtle allusions to the loss: A closing zoom on a photo of Hoss; Ben’s (Lorne Greene) references to losing a son; a tearful breakdown between Ben and Little Joe (Michael Landon).

It was obvious Hoss was dead, even if producers refused to come out and say it. They also refused to provide an explanation — fans of Bonanza didn’t find out how Hoss died until 16 years later, when a 1988 TV movie revealed he’d been trying to save a young man from drowning. [Photo Source: Paramount] 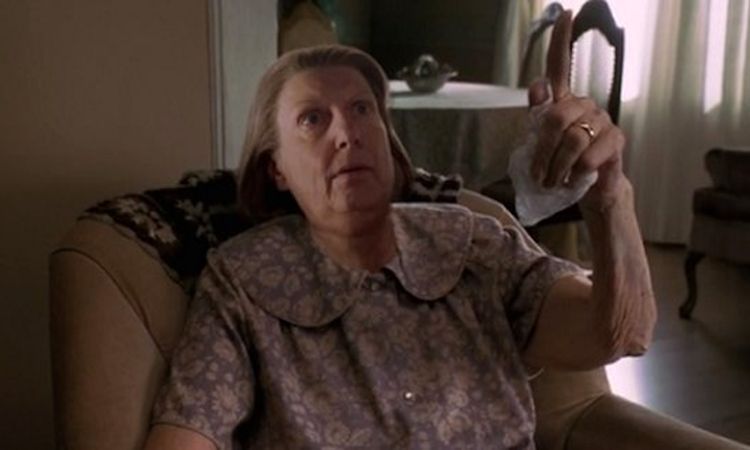 When 71 year-old actress Nancy Marchand died after its second season, The Sopranos was just starting to gain serious momentum. Of the various relationships depicted in the series, her role as Tony’s mom, Livia, was arguably the most fraught, lending insight and empathy to a mob-boss in one ornery swoop.

Producers knew Livia was vital to the show, and with an entire plot already mapped out for her when Marchand died, they also knew they’d have to scrap it all. Or would they?

Instead of letting her die offscreen, they pieced together a digital hodge-podge of previously recorded material to construct her “final scene” with Tony (James Gandolfini). It might have been crafty had it worked: The crabby quips and dismissive gestures were so carelessly inserted the whole thing became inadvertently comedic. Technically, it failed, but we give David Chase credit for trying. [Photo Source: HBO] 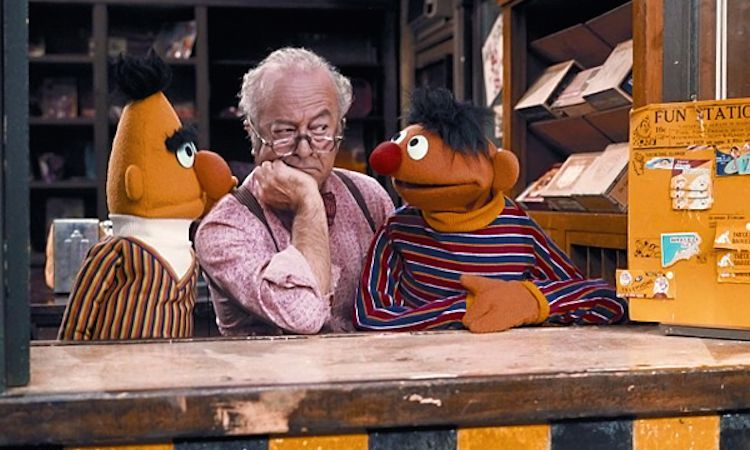 One-part curmudgeon, two-parts Grandpa, Mr. Hooper was Sesame Street’s resident shopkeeper from its debut in 1969 until actor Will Lee’s death in 1982. Rather than re-cast the part, which may have gone unnoticed by some of its younger viewers, the series used Lee’s death as an opportunity to do what it does best: Educate children on a topic.

In true Sesame Street style, they enlisted the help of child psychologists and researchers to assess the risks of the “very special” Mr. Hooper episode, which aired almost a year after his last appearance to rave reviews — and no adverse side-effects. [Photo Source: Warner Home Video] 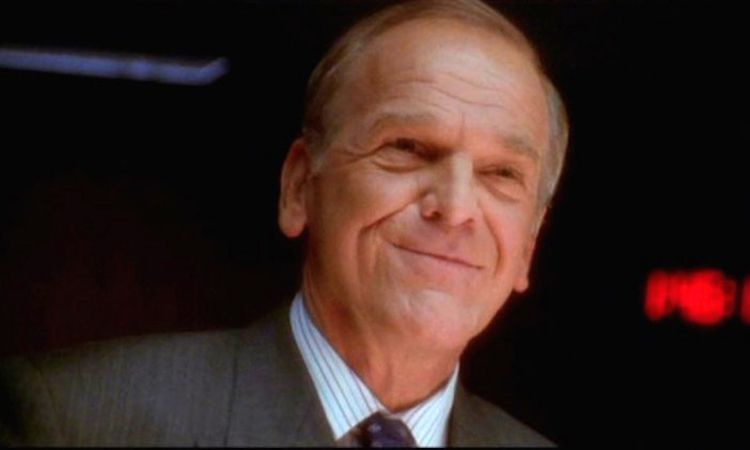 John Spencer had a lot in common with his West Wing character, Leo McGarry: Both were men of gravitas, both were recovering alcoholics, and both had serious health problems.

During season 6 his character’s near fatal heart-attack led many to believe the actor's health had also been worsening. The speculation proved true when Spencer died the next season.

Since they’d already foreshadowed his death for viewers, anything less than a proper farewell was out of the question. Between the emotional funeral scene featuring an elite, real-life Air Force unit to honor Leo’s stint as an officer and one very sentimental throwback in the series’ final scene ever (the “Bartlett for President” napkin), West Wing didn’t skimp on showcasing both its appreciation and its grief. [Photo Source: Warner Home Video] 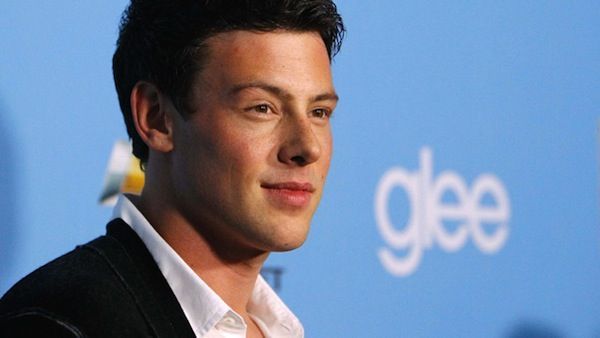 When Cory Monteith died of an overdose before filming began on season 5, Glee had some decisions to make. Would the series apply an afterschool-special touch to the perils of drug use? Would they sing about it?

No one was sure how to handle the death of his character so they postponed filming to grieve and mull their options. When the acknowledgement of his death finally arrived in the third episode of season 5, the show that usually strives to teach its devotees a lesson took the less obvious route, not citing drugs (or a cause of death) at all.

Instead, they taught a lesson about grief, humor, and coping best described by cheerleading-coach-turned-principal, Sue (Jane Lynch), who insists to wallowing school staff that the best way to honor Finn is “by not making a self-serving spectacle of our own sadness.”

Following the death episode, Glee took a brief hiatus to figure out the season’s trajectory without Finn, making a conscious decision to mention his character occasionally so the loss would resonate in a real way. [Photo Source: 20th Century Fox] 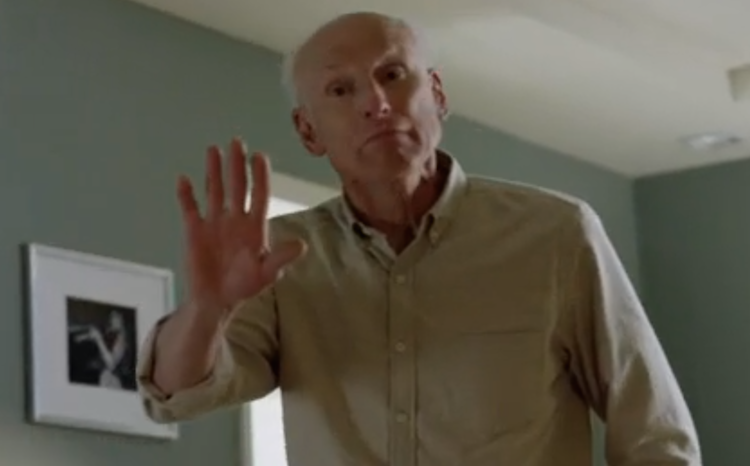 James Reborn’s role on Homeland was fitting of the character actor. As Carrie’s (Claire Danes) father, Frank, his periodic appearances were crucial in unpacking the family’s struggle with mental illness.

When he died following a long battle with skin cancer after season 3, Homeland put family on the back burner in favor of Carrie’s explosive dealings in Pakistan, leading some to wonder if Frank’s (or Rebhorn’s) death would be mentioned at all.

The series managed to shift gears towards the end of season 4, sending Carrie back to the States to mourn the loss of her father. [Photo Source: Showtime]