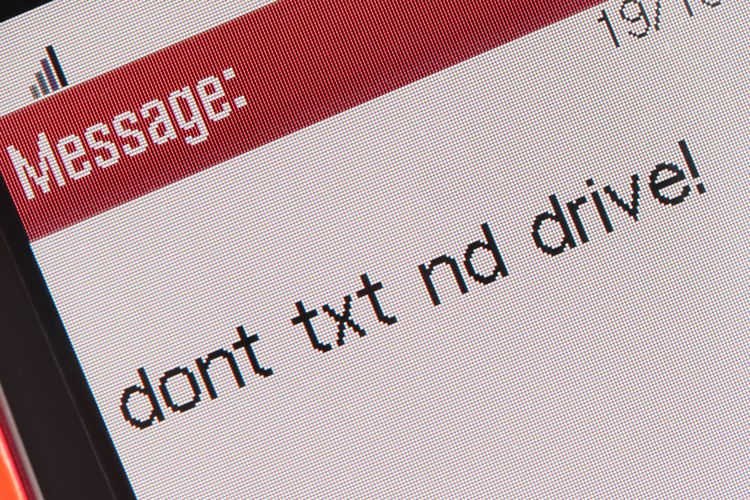 This probably isn’t the first time you’ve heard about the rise in teen car crashes due to texting and driving, and it probably won't be the last. According to the Judicial Branch of California Courts, car crashes are the number one cause of death for teens in the United States, with approximately eight being killed in DUI crashes each day.

Every 15 Minutes, a program that “offers real life experience without the real life risks,” will hopefully get through to teens and their parents.

Simulating the reality of this epidemic, the “Grim Reaper” takes students out of classrooms every 15 minutes throughout the day to give them an idea of how often distracted driving crashes occur. Next, a police officer comes into the classroom, proclaims the student who just left the room as dead, and reads an obituary written by the parents of the “deceased.” 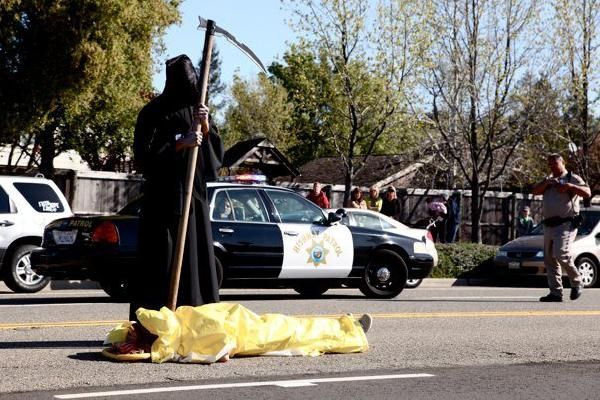 After students are taken out of class they become the “living dead” and can't interact with their peers for the remainder of the day. When they return to the classroom, their death is addressed to demonstrate that their presence is still felt and their absence from the school community hasn't gone unnoticed.

Every 15 Minutes also carries out a staged car crash in front of the school to create a stark visual impact that "drives" the point home. This includes the participation of the local police, fire department, and paramedics. Students in ragged clothing and gory makeup pose as the dead and injured to make the situation even more realistic. Lastly, the police stage an arrest of the “drunk driver” in front of the school.

Participating students who’ve been “killed off” must write a letter to their parents, which starts like this:

"Dear Mom and Dad, every fifteen minutes someone in the United States dies from an alcohol related traffic collision, and today I died. I never had the chance to tell you......."

The dramatic undertones within the program are designed to dissuade teen drinking and/or texting and driving in the school district carrying out the simulation. Hundreds of high schools across the United States have participated since 2001.

This innovative company allows students, educators, parents, and the community as a whole to join forces in increasing awareness of the dangers of distracted driving — a cause of death which we can all agree is completely preventable.[Official Every 15 Minutes Site]