Eulogy For My Mother

In honor of Mother’s Day, I would like to share a tribute to my mother that I read in front of friends and family at her funeral. 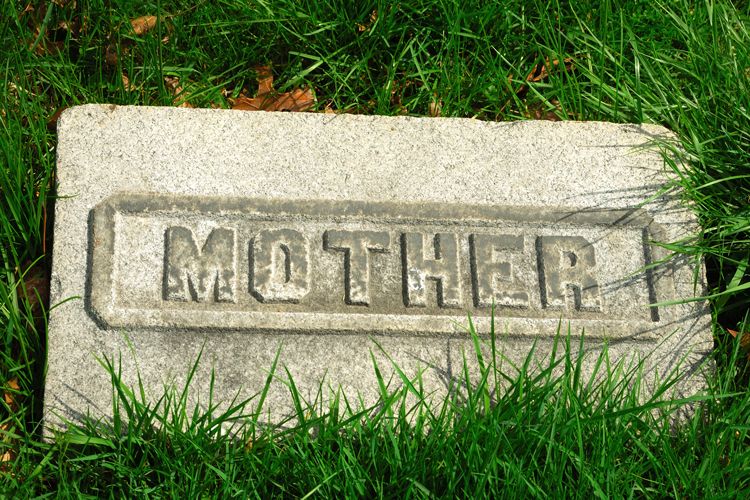 I sat down to write this eulogy a couple weeks before my mother died. I was in a rocking chair next to her bed, keeping her company as she dozed. Initially, I thought this would be the hardest thing I would ever write.

But the truth is, as I watched her sleep, I took comfort in knowing she was lost in a dream-world instead of plagued by her dark reality—and the words poured out of me like I too was lost in a world of dreams. Dreams that brought me back to the imaginary games we played when I was younger, hearing her cheer me on from the sidelines during my soccer games, secrets confided, lessons learned, I loves yous exchanged, her beaming pride, our best friendship, arguments that exhausted both of us, and the reconciliations that always brought us back together. And below you'll find the final result.

What I didn’t realize at the time was that my mother was teaching me about shapes and sizes and how to use my imagination. The game was about learning to comprehend the magnitude of my mother’s feelings for me as much as it was about being together and laughing about the goofy things we came up with—“I love you more than a tennis racket.” “Well, then I love you more than a gorilla.” And so forth.

My mom was a genius at finding games and activities I enjoyed that would teach me valuable lessons and important skills. I confronted the challenge of comprehending another enormity or type of magnitude later in my childhood when my father died. And again, my mother was there at every step along the way to make sure I was coping with the various emotional phases I went through during the process. For a while, the gravity of his death was too overwhelming and to try to contemplate what my mother went through too much. Years later, it still scared me, but I knew that I wanted to make sense of it and its effect on my mother. And then, when I was a little older, I figured it out. I felt pride.

How incredibly strong was she? Did I know anyone stronger? She never gave up; she put her entire being into raising me, providing for me and finding a home for us at Georgetown Day School where I could learn, grow and stretch as far as I could stretch.

And this is why, when my mother was sick and most concerned about how her willingness to fight would impact me, I tried several times to convince her that those lessons had already been taught, the wisdom imparted. But she continued to worry and concern herself mostly with how I would handle this—how I would move forward after this devastating loss. The toll it would take and the tears I would cry….

I am writing this before her death and know that my strength and her strength will get me through this. As my mother always said to me, it’s amazing how strong you can be when you have no other choice.

There are really no words to describe my closeness with my mother. I know this because the slow, agonizing decline of the disease forces even the most optimistic and hopeful to think about and plan for this day. And as such, you start thinking about what you might say during a time like this. And after unsuccessfully putting pen to paper several times, I realized that there really are no words.

There are only feelings, indescribable feelings. Feelings that make my heart burst and my whole being melt. Because my mother was my insides. She is my insides. My guts. My confidence. My bravery and my strength. My sensitivity, my compassion, my loyalty and even my laughter.

She was everything. She was my mother, and she was my father.

If I had to conjure up one life lesson that she would want me to carry for the rest of my life, it is this: Seek advice from others, but always trust myself. She believed in me, and she believed that I always knew what was best for me.

And if I had to conjure up a second lesson or personal desire of hers, it would be a plea for me to have a daughter—and for that daughter to play sports. I’m not sure Mom could’ve been any happier than when she was cheering from the sidelines at my soccer and lacrosse games.

I miss you, Mom. I will trust myself, Mom, and I will be fine. I love you more than infinity.