Bequeathing And Inheriting Guns: What To Do With Firearms When Someone Dies

Map out a smooth transition because it can get complicated. 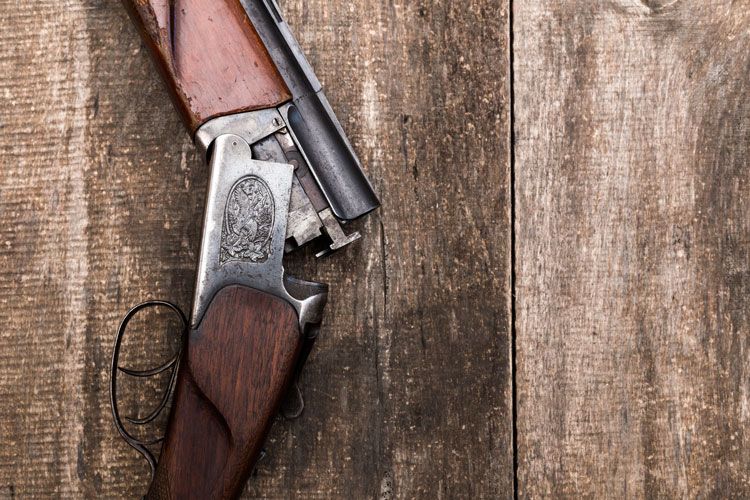 When you die, your assets go to the people named in your Will or Trust, right? Sure — except if they’re guns. Then maybe not. With firearms, inheritance gets complicated. Whether your wishes can be followed depends on where you live, what types of guns you own, and the individuals who would inherit.

Laws and procedures for transferring ownership of your firearms — whether you’re alive or dead — differ depending on the type of gun(s) and the state where the decedent last resided.

From a legal standpoint, broadly speaking, guns fall into two classifications. Some firearms, along with certain accessories, are subject to the National Firearms Act of 1934 (NFA) and its revised version, Title II of the Gun Control Act of 1968. These include fully automatic weapons, short-barreled rifles, short-barreled shotguns, and silencers. They must have serial numbers and be registered with the federal Bureau of Alcohol, Tobacco, Firearms and Explosives (ATF).

Unregistered NFA weapons are contraband. They can’t be passed down to an heir and can’t be registered after the fact. If the executor of the estate discovers unregistered NFA firearms, they must contact the local ATF office to arrange for them to be “abandoned” – in other words, turned over to law enforcement.

Firearms not covered by the NFA include revolvers, hunting rifles, shotguns, and semi-automatic pistols bought for personal or home protection.

For those firearms that are not covered by the NFA, as well as licensed NFA weapons, the best way to transfer to an heir is to go through an entity with a Federal Firearm License (FFL) such as a licensed gun dealer. After assisting the executor and the heir in filling out the required forms, the FFL will hold onto the firearms while completing the background check. Upon passing the background check, the heir can collect the firearms after 10 working days. You can find local FFLs by searching online at sites like FFLGunDealers.net and Gunbroker.com.

A Gun Trust is a way to avoid the transfer process described above. The Trust is an entity you create that holds the title to your firearms. You can name multiple trustees, who then share the right to possess and use the firearms covered by the Trust.

Since the Trust stays in effect after your death, the executor of the estate isn’t involved, and the firearms don’t have to go through probate.

Trusts are not intended to circumvent the law. However, some gun owners believe a Trust might help get around any future laws prohibiting transfer or inheritance of certain weapons.

While a simple Revocable Living Trust generally ends once your assets are distributed after your death, a Gun Trust can be designed to last for multiple generations, and it must take federal and state gun laws into account. To create a Gun Trust, it’s essential to work with an attorney very familiar with the laws governing the use, possession, and transfer of weapons in your state. For example, you wouldn’t want to name a trustee who is prohibited by law from possessing the firearms.

Gun Trusts are useful for people who want to share the use of their weapons with others during their lifetime. But ATF rules have removed some of the advantages of a Gun Trust for inheritance purposes. Carefully consider the advantages and disadvantages before setting up a Trust; don’t fall for aggressive lawyers’ sales pitches without doing your own research or getting a second opinion.

Let’s say that in your Will you leave a collection of non-NFA guns to your daughter, who lives in another state. Federal law doesn’t prevent her from picking them up and driving them home across state lines. But she must comply with the laws of both her own state (or city) and yours pertaining to registration and transportation of firearms. For example, if her state requires a firearms permit, she will need to get one.

It couldn’t hurt to research this yourself ahead of time and let her know the rules, since there are transport procedures to follow no matter where she's driving.

Keep in mind, though — and this is good advice for any transaction involving guns — that laws are changing all the time. Do your research, stay informed, but if you have any doubt at all, consult a lawyer with knowledge of firearm laws. The last thing you want is someone you love getting pulled over for a routine traffic stop and getting booked for transporting firearms.

Federal and state laws forbid certain people to possess firearms. You can bequeath firearms to anyone you choose, but they will not be able to take possession of the guns if they are a “prohibited person” as defined by the ATF, or if they fall into certain additional categories that may be specified in the laws of your state.

A record of specific felonies, violent misdemeanors, or mental conditions may disqualify people from owning guns. Some states restrict alcohol abusers from possessing firearms. Age requirements vary too; for example, minors (people under 18) may not possess firearms in California. If you’re in doubt, check with a lawyer who is familiar with your state’s gun laws and rights.

If you have no interest in owning any of the firearms passed down to you, and the guns have considerable value, you can sell them to a licensed dealer — the same type we mentioned above to assist in transferring ownership. If you don’t care about the money and just want to get rid of them and make sure they don’t end up in anyone else’s hands again, you can surrender them to your local police department.

While the rules for this vary depending on where you live, you should contact the station to find out the proper procedure before just driving down there with a bag of weapons. If you’re worried that you could get in trouble for even possessing or moving the guns, take a wild guess as to what we suggest you should do. Yep, check with a lawyer first.

Have we said “check with a lawyer” enough times? That’s because when guns are concerned, it really is a good idea in almost all situations.